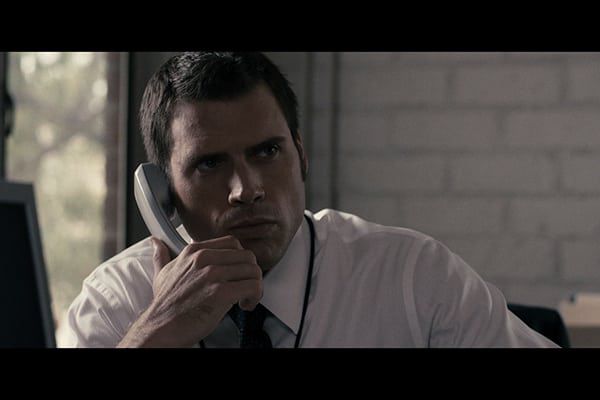 "The Young and the Restless'" Joshua Morrow (Nicholas Newman), of the hit independent film, “Tentacle 8,” — which also stars Bruce Gray (ex-Mark Wilcox), Teri Reeves (ex-Megan McKenna, "General Hospital"), and “All My Children’s” John Callahan (ex-Edmund Grey) and Matthew Borlenghi (ex-Brian Bodine) — will be appearing at Laemmle’s NoHo7 theater in Los Angeles for a special film screening on Tuesday, May 20, and guess what? Soap Opera Network has partnered with the film’s director, John Chi, in giving away two pairs of screening tickets to a couple of lucky SON readers!

Anyone who’s been watching “The Young and the Restless” as of late knows that Nicholas Newman’s life is about to be blown to smithereens. Not only has his father been tricking the love of his life into thinking she’s been seeing and speaking with her dead daughter, he’s on the verge of finding out that the very same woman he loves has been lying to him about the true paternity of his daughter! The drama is all pretty typical for Nick’s portrayer, Joshua Morrow — who’s been dealing with twisted Genoa City plots for nearly 20 years — but the drama he faces in his latest stint in the political drama thriller ‘Tentacle 8?’ Not so much! Soap Opera Network spoke with the actor about momentarily stepping away from his ‘Y&R’ craziness to film the exciting project, which is available on DVD in stores and on Amazon today. And we also got him to spill on all of the Victor (Eric Braeden), Sharon (Sharon Case) and Adam (formerly Michael Muhney) drama, too!