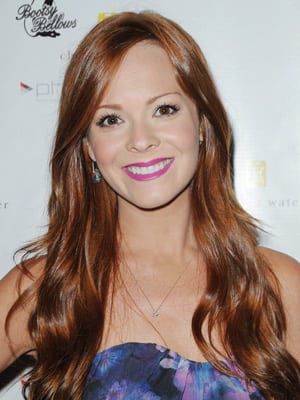 Reports of Natalie Morales exiting NBC News after 22 years to join “The Talk” as a permanent co-host were made official during today’s broadcast of the CBS daytime talk show.

Morales will make her debut live on the Monday, October 11 broadcast, alongside hosts Akbar Gbajabiamila, Amanda Kloots, Jerry O’Connell and Sheryl Underwood. With the exception of Underwood who has been with the show since season two, all other co-hosts will have joined the series in an official capacity in 2021 alone.

“We couldn’t be more excited to have Natalie Morales join ‘The Talk’ family,” said executive producers Heather Gray and Kristin Matthews. “We have been fans of her and her work for years. Her varied skillset and versatility are a great addition to our talented panel. Natalie’s intelligence, passion and enthusiasm always shine through in all her work, and we are fortunate to have her on the team. In addition to her role as an exceptional broadcaster, we believe her perspective as a wife and mother will provide a special connection with our audience.”

“It’s an extraordinary opportunity to be joining this team at ‘The Talk,’” said Morales in a statement. “I love the new energy and direction and couldn’t be more excited to join Sheryl, Amanda, Jerry and Akbar. I’m looking forward to many good times while talking about the days’ topics, and I can’t wait to get going.”

Appearing remotely on the show as Underwood made the announcement, Morales reacted to the news, saying, “I gotta say, it was the warmest welcome. You guys have embraced me with such open arms.” Morales adds, “It’s always exciting and new to start something different and I love this new adventure that we’re going to be taking together.”

O’Connell said, “We are so excited to have you.” Morales reacts, “I’ve been watching all of you while you’ve been soaring on this show. Sheryl, you have always made me feel so welcomed and such a part of the team, so I can’t wait to sit next to you. Amanda, what you have been through has shown us all how to inspire…And I know Jerry, I remember you dancing on top of a table last time you were on ‘Access Hollywood.’”

Gbajabiamila added, “We go way back. In fact, we were actually in Tokyo during the Olympics and we spent a good amount of time together there, 23 days out there.”

“It’s going to be so wonderful to have you here. I think that you have been such an example for women on TV,” adds Kloots. “You are always such a light no matter what you’re doing…I think we are so lucky to have you as part of the team here on ‘The Talk.’” Morales responds, “This is going to be a fun team!” Underwood, “This host configuration represents what the nations looks like and I think we’re going to have some great conversations.”

Watch the Clip below.

Prior to joining “The Talk,” Morales spent more than 22 years in various capacities at NBC News, including working as the West Coast anchor of NBC News’ “Today,” correspondent for “Dateline NBC,” and anchor of “Behind Closed Doors with Natalie Morales.” She previously served as host of “Access” and co-host of “Access Live,” as well as news anchor of “Today,” where she co-hosted the show’s third hour. Morales joined “Today” in 2006 as a national correspondent and reported across all of NBCUniversal News’ platforms, including “NBC Nightly News with Lester Holt” and MSNBC.

News of Morales’ exit from NBC first came to light on Friday, October 1 via a report by The Daily Mail. Morales later confirmed her exit in a note to staffers, saying, “To my ‘Dateline’ and ‘Today’ show families, it’s very hard to say goodbye… and we all know in this business it’s never goodbye but see you later. I’m eternally grateful for the support and deep friendships that will remain no matter where our paths lead. I have so much to be thankful for and for every one of you who helped me get here… muchísimas gracias mis amigos.”