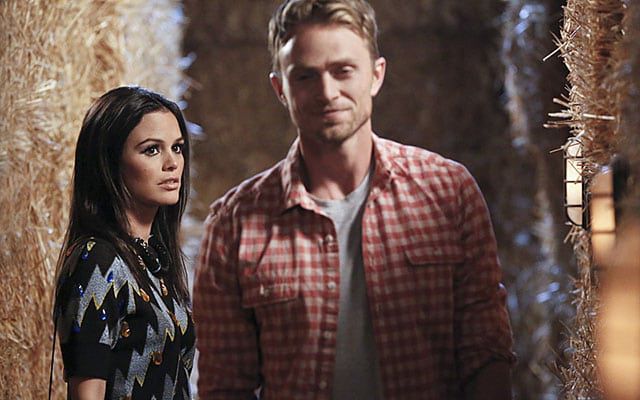 On Thursday, June 10, E! Entertainment will premiere “Reunion Road Trip,” a four-part special that reunites cast members from such iconic shows as “All My Children,” “A Different World,” “Queer Eye for the Straight Guy” and “Scrubs” as they reminisce over their time working together, and apart, during their respective show’s run.

The first episode of the series follows the “AMC” crew consisting of Rebecca Budig (ex-Greenlee Smythe), Cameron Mathison (ex-Ryan Lavery), Jacob Young (ex-JR Chandler) and Eva LaRue (ex-Maria Santos) meeting up at an exclusive Hollywood mansion to help celebrate the show’s 50th anniversary — “AMC” turned 51 in January of this year which means the series was filmed prior to the pandemic. The group dish on the show’s origins, off-camera romances, and the series cliffhanger that left fans wanting more.

In a sneak peek video released by the network for their episode, LaRue asks her former co-stars to recall some of the more “outrageous storylines” their characters were subjected to on the ABC drama series. In LaRue’s case, that was the baby kidnapping storyline involving her character, Maria, Susan Lucci‘s Erica Kane and Maria’s baby, Maddie Grey.

“One of my crazier storylines is that Erica Kane stole my baby. Somehow we were trapped… she lured me to this cabin in the woods and I went into labor. She delivered the baby. I passed out. She stole the baby, told me it was dead, and then ‘adopted a baby two weeks later,'” LaRue shared as a fascinated Mathison responds, saying, “That’s hysterical.”

As part of her reality TV confessional, LaRue says, “One thing about the soap world is that our stories can be a little over the top and so you have to have a pretty good sense of humor about things.”

In Young’s case, his outrageous storyline was the bomb explosion where JR is searching for a presumed dead, and then really dead, Babe Chandler — don’t worry, she too was determined to be alive and remained alive through the conclusion of the sudsers ABC iteration, but later revealed dead in the Hulu revival… Sigh.

“We had the bomb explosion,” tees up Young of his example. “I made myself hoarse because I was screaming for Babe for three weeks straight, digging through the same pieces of rubble like 20 times, going, [to the directors] ‘Does it still look authentic?'” Mathison joked that at least JR eventually found her through his persistence, albeit “she died” in his arms.

Meanwhile, Budig’s most outrageous storyline might take the cake according to Mathison as Greenlee went off a cliff in her wedding dress while driving a motorcycle. “I went off a cliff in my wedding gown and then presumed dead, but the evil doctor David kept me alive and I couldn’t walk, and then I started walking and I was miraculously walking around in heels,” says a laughing Budig as she told her story. Interestingly, LaRue related to a part of Budig’s example as her character too was kept alive by the evil doctor. “Ooh, evil doctor David kept me alive a little while too,” says a giddy LaRue as she began cutting herself a piece of literal cake.

“Reunion Road Trip” premieres Thursday, June 10 at 9:00 p.m. ET/PT on E! Entertainment, following the series finale of “Keeping Up with the Kardashians.”