The big two-week crossover event between “The Young and the Restless” and “The Bold and the Beautiful” kicked off today, January 12, when “Y&R’s” Summer Newman (Hunter King) left Genoa City for Los Angeles to dig up dirt on Sally Spectra (Courtney Hope). As part of her journey, she will interact with several prominent figures in L.A.’s fashion scene, including “B&B’s” Wyatt Spencer (Darin Brooks) Bill Spencer (Don Diamont) and Flo Fulton (Katrina Bowden). To help you follow all the happenings on both soaps as the storyline unfolds, Soap Opera Network has your official breakdown of when to watch and what to watch out for.

On today’s “Y&R,” Summer quickly made contact with Wyatt, who appeared via telephone from L.A. at the tail end of the episode, marking the beginning of what promises to be an eventful period on both daytime dramas. On Friday, January 15, things pick up where we left off on Tuesday’s episode with Wyatt again appearing on “Y&R” with Summer only this time Kyle Abbott (Michael Mealor) will be joining them for their first physical meeting. Their scenes will air on “Y&R” but the setting will be L.A., as shown in the sneak peek clip below.

On Monday, January 18, Summer will appear on the “B&B” portion of the storyline when she is introduced to Wyatt’s father, Bill, and Flo, who joins Summer for lunch on the Tuesday, January 19 episode of “B&B.” Clearly making a connection, Flo heads to Genoa City on Thursday, January 21 when she interacts with both Summer and Kyle.

To recap, the crossover event will take place over five episodes (three on “Y&R,” two on “B&B”) starting Tuesday, January 12 and airing through Thursday, January 21*. Officially, the only characters appearing on a soap other than their own are “Y&R’s” Summer Newman on “B&B,” and “B&B’s” Flo Fulton and Wyatt Spencer on “Y&R.”

The crossover schedule is as follows, including episode airings and which characters interact together (airdates are subject to change due to expected breaking news coverage):

In an interview with Soap Opera Digest, “Y&R” head writer and co-executive producer Josh Griffith and “B&B” head writer and executive producer Bradley Bell spoke with the magazine about planning the crossover. “When we thought about bringing Sally to Genoa City, and we found out that she left L.A. under a cloud of trouble, it seemed like it was a natural that we would try to work out a way so we could cross the shows and cross that story,” said Griffith. Meanwhile, according to Bell, “It shows the ongoing relationships of these two shows, and we had a great time coming up with this together.” 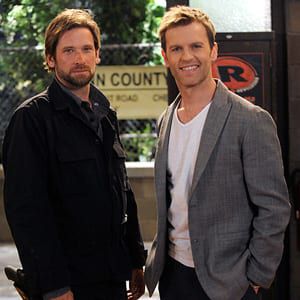 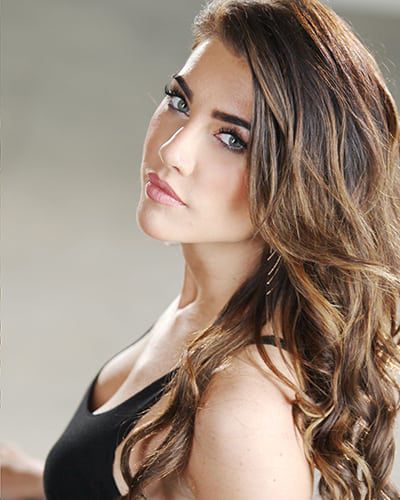 Jacqueline MacInnes Wood on Her Future With ‘B&B:’ ‘We Weren’t On the Same Page’

With the recent news that “The Bold and the Beautiful” is on an upswing regarding ratings, fans have had their fingers crossed that more good news would follow — including a possible return by beloved beauty Jacqueline MacInnes Wood (ex-Steffy Forrester). In response to the buzz, the actress took to Facebook to set the record straight concerning whether or not she’ll be back to stir up more trouble for Liam (Scott Clifton), Hope (Kim Matula) and the rest of the Forrester clan.