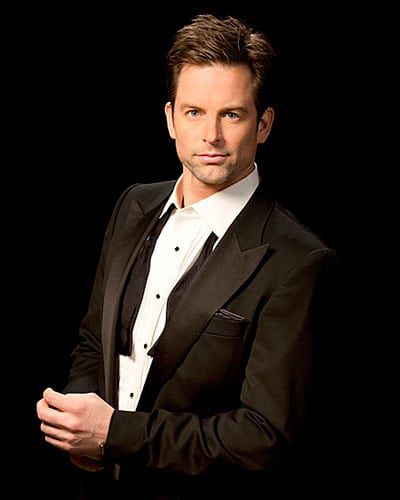 Michael Muhney Breaks Silence on ‘Y&R’ Firing Allegations: ‘It Was Only A Salacious Rumor’

It’s one of the most famous theme songs in the history of television and was even the basis of Mary J. Blige‘s “No More Drama,” which peaked at #15 on the Billboard Hot 100 chart, and now the cast of “The Young and the Restless” are showing some love to “Nadia’s Theme.”

With the COVID-19 pandemic forcing much of the world to stay at home, and with the show running out of original episodes it can air following its production shutdown in March, the cast of daytime’s number one drama are keeping themselves busy while also keeping in contact with each other, albeit socially distanced.

In a compilation video released recently on the show’s Twitter, nearly a dozen cast members are showcasing their vocal and instrumental abilities as the theme song plays in the background. The 0:15 to 0:26 portion of the compilation is especially interesting as it brings back memories of the red satin rendition of the show’s theme from the early 2000s. In the clip, Eileen Davidson (Ashley) is shown playing with her electric guitar as Greg Rikaart (Kevin) and his real-life family play their own instruments on their lawn. Also featured in the video playing instruments, singing along, or having a full course band (looking at you Melissa Ordway, who plays Abby), include Peter Bergman (Jack), Lauralee Bell (Christine), Sean Dominic (Nate), Camryn Grimes (Mariah), Kate Linder (Esther), Christian LeBlanc (Michael), Joshua Morrow (Nicholas) and Jason Thompson (Billy).

Check out their work below. And let us know how you think they did in the comments below.

Some of the #YR stars volunteered to make their own rendition of our iconic theme song, and we might love it just as much as the original! ❤️ Give them a round of applause 👏 pic.twitter.com/1H3cxwfemf

To see if they did the theme justice you can judge for yourself by clicking on the play button below. Bonus: The red satin theme can also be watched below.

To hear the full version of “Nadia’s Theme,” click on the play button below.