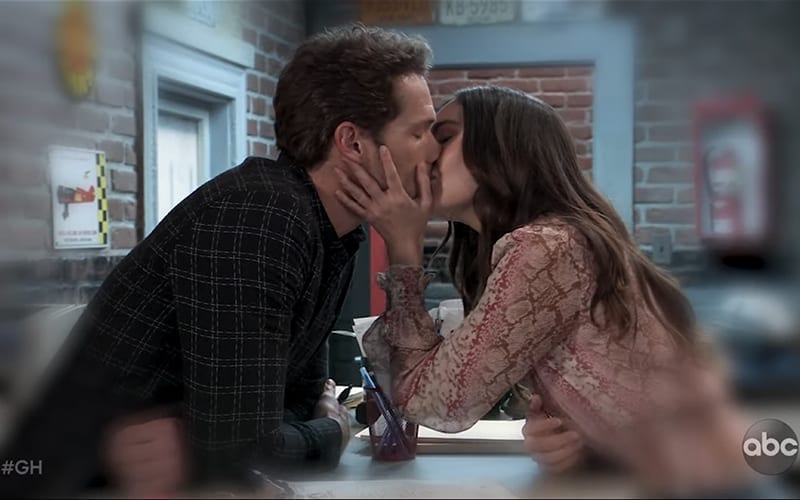 This Week on “General Hospital,” Willow (Katelyn MacMullen) tells Chase (Josh Swickard) that she can’t marry Michael (Chad Duell) and that she loves him as Port Charles gears up for some shocking twists that never end.

Look for Nikolas (Marcus Coloma) to demand Valentin (James Patrick Stuart) to leave his wife, Ava (Maura West), alone or else and Brando (Johnny Wactor) tells Molly (Haley Pullos) that “What happens between us, stays between us.” Of course, the drama is even more amped up when Spinelli (Bradford Anderson) goes head-to-head with the legendary Robert Scorpio (Tristan Rogers). “You little rodent,” name calls Robert at Spinelli. “Are you trying to blackmail me?” he then asks. Later, an angry Chase is shown throwing a glass to the ground and breaking it as Willow walks into the apartment.