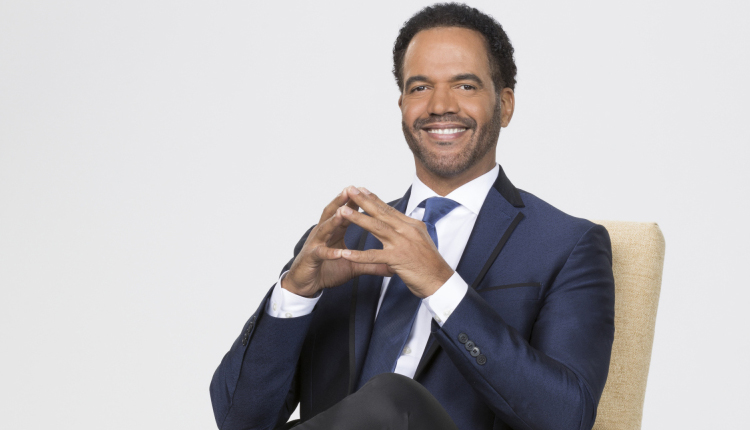 Today, February 3, marks the one year anniversary of the passing of “The Young and the Restless'” Kristoff St. John, who for nearly thirty years graced the CBS airwaves as Neil Winters. In honor of his memory, family, friends colleagues and fans alike spent the day sharing heartfelt messages, images, and more.

“Today and every day we remember the man behind Neil Winters,” read a message on the official social channels of the daytime drama series. “Kristoff St. John is a greatly missed member of the ‘Y&R’ family who will always be in our hearts.”

“I’ve died twice in my life already. The day my son passed and the day last year when his father passed,” wrote Mia St. John, ex-wife of the beloved actor. In November 2014, Mia and Kristoff lost their son, Julian, from an apparent suicide.

“I hate that I can’t pick you up on my shoulders and talk s#*$ with you anymore,” shared former onscreen brother Shemar Moore, who reprised his iconic role as Malcolm Winters during the on-air funeral episodes the show aired to honor both Kristoff and his character. “One year, two years, ten years…for the rest of my breathing life, I will always carry you in my heart,” the actor continued.

“My man… I love you forever,” said Bryton James (Devon Hamilton) who shared the screen with St. John for more than a decade as Neil’s son with Drucilla Winters (Victoria Rowell).

In a testimonial posted on Instagram, Daniel Goddard (ex-Cane Ashby) said, “You were loved by so many. Wherever you went, people fell in love with you. Because you were just one of those people that gave so much positive energy to every single person that entered your life.”

In March, one month after St. John’s passing, it was announced that St. John’s death had been ruled an accident with the exact cause listed as hypertrophic heart disease. Per E! News, other conditions contributing, but not related to the immediate cause of death included myocardial bridging of the left anterior descending coronary artery and the effects of ethanol. The condition is said to cause atrial fibrillation, obstructed blood flow and, in rare cases, sudden cardiac death, according to Mayo Clinic.

The last known public message from St. John was made on January 21, 2019, on his social media page, where he said, “Never a truer word was spoke. Thanks for posting this.” The comment was in response to a poster that said, “Grieving the loss of a child is a process. It begins on the day your child passes, and ends the day the parent joins them.”

Today and every day we remember the man behind Neil Winters. ❤️ Kristoff St. John is a greatly missed member of the #YR family who will always be in our hearts. pic.twitter.com/Q3SZOvKbHk

I’ve died twice in my life already. The day my son passed and the day #superbowlsunday last year when his father passed💔2020 will be my rebirth 🙌🏼🙌🏼🙌🏼🙌🏼For them and all the others that continue to suffer #mentalillness #addiction #depression #anxiety #ptsd awareness 💚🎗

Needless to say Superbowl will never be the same for us! @kristoffstjohn LOVED his sports!🏈 However, everything paled in comparison to the love he had for his children. We don't know how many more Superbowls or days together we have. So lets celebrate our time here together, and scream and cheer at our tv's as KSJ would've!!!🏈🏈🏈 • • • #westaylookingup #IwilldefendLolauntilthend #foreveryourcheerleaders #gonetoosoon #alwaysinourhearts #Superbowl2020 #SBLIV #02022020