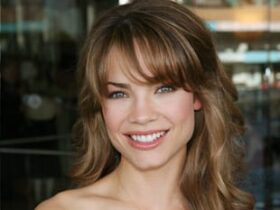 Whether it is the start of something new or a rebirth of sorts now is the time to start watching “General Hospital,” albeit when it is no longer being preempted by impeachment trial coverage.

In one of the lengthiest promos for a daytime drama series in recent years, ABC released a quasi trailer for the soap on Friday that highlights key moments from the past, present and future of “GH” that provides enough background that anyone who may have tuned out for a bit, or just someone tuning in for the first time, can easily jump right into the trials and tribulations impacting the citizens of Port Charles.

Displaying a diverse group of characters, the promo emphasizes close friendships, family, romance, reunions, celebrations, returns of veteran characters, and a growing and close-knit Quartermaine clan working together amid lots of smiles and happiness, traits long felt missing from the soap depending on who you ask.

Titled “Victory,” the promo ends with Sonny Corinthos (Maurice Benard) and Laura Collins (Genie Francis) in agreement with the sentiment, “Thank God for ‘General Hospital,'” which was proceeded by flashes of the show’s iconic title cards dating back to its first episode.

While 2020 isn’t an anniversary year for “GH,” it is definitely a welcome surprise to see the show receive such a lengthy and impactful promo from the network, particularly this time of year and considering the show has been preempted since airing its last original on Monday, January 20.

At a length of 2 minutes, 15 seconds, you can watch the promo in its entirety below. 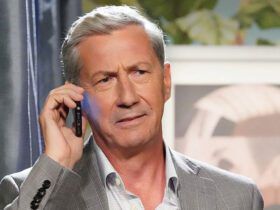