Later today, December 4, the cast of “General Hospital” will take part in the first-ever holiday concert, live only on Facebook from the Prospect Studios based set of the ABC daytime drama series.

“It will be a one of a kind experience and it will only be on Facebook. Don’t miss it!” a post on the show’s Facebook page stated.

To tune in, head on over to facebook.com/generalhospital at 7:00 p.m. EST/4:00 p.m. PST or check out the show’s Facebook page via the official Facebook app using your respective platform of choice. 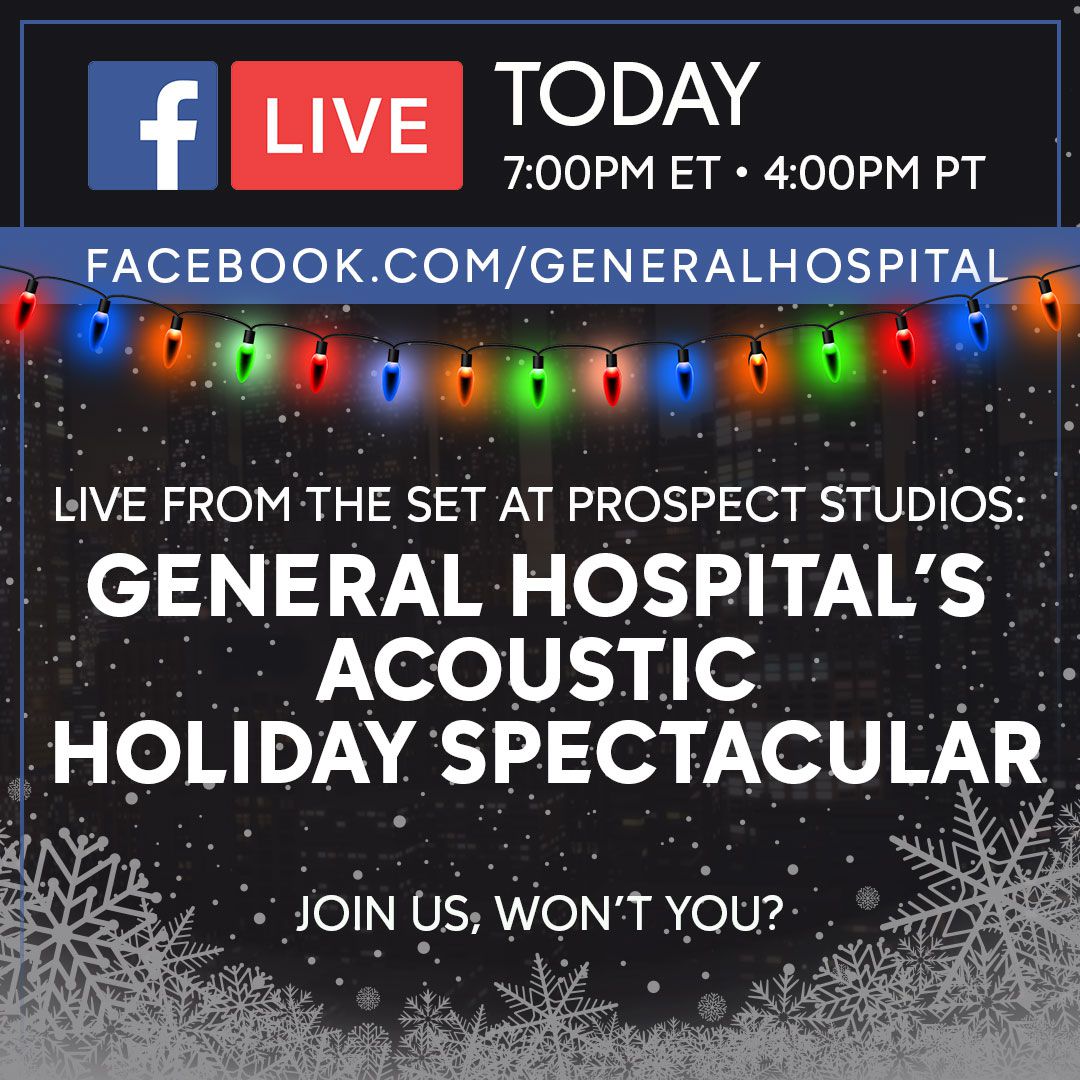