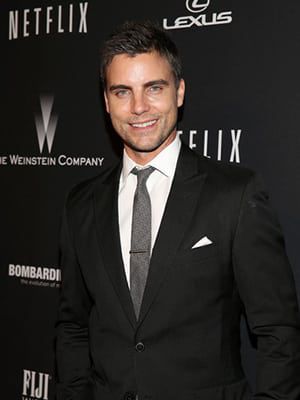 Digital drama “Pride: The Series” is gearing up production for its third season and has named “General Hospital” scribe Scott Sickles as its new head writer and Maryam Myika Day as a breakdown writer.

The series follows a group of friends who navigate life through personal complexities and endeavors as they discover who they are, what they want and what they are willing to do to get their heart’s desire. Throughout viewers are provided with an up close and personal experience from the perspective of a diverse cast of characters led by Kai, Trina, Travis and Adam (Dorell Anthony, Ashley Mitchell, Braden Bradley, and Adam Andrew Rios, respectively), who all return for season three.

“I was especially intrigued by how the first season centered around Pride Day 2013, then went back and forth in time, telling the story of these characters’ lives like a neo-noir puzzle,” said Sickles in announcing his signing on to write season three. “Likewise, the new season revolves around World Pride Day 2019. Six years later, the characters have grown up, their relationships have evolved, and the world has changed… in good ways and bad. We’re looking forward to more romance and sex for these characters, as well as more politically-charged stories that reflect the challenges LGBT people and our allies face in these troubling times.”

“Our passion is to reflect through our art the times we are in. ‘Pride: The Series’ is a reflection of the unique timing of the absolute freedom of voice, agency and action we now see in the LGBTQ community,” said Dey, a New York native, and a Telly Award recipient. “‘Pride: The Series’ is a reminder to us all of our responsibility to show up, be present, and exact who we are and to continue to fight to let our voices be free.”

The first and second seasons of “Pride: The Series” is currently available for viewing via Amazon Prime, while the first season is available for free at tubiTV and the show’s official website, www.pridetheseries.com, which also includes a full summary, additional clips and background on the actors and producers.

You can preview season two below.

On Friday, soap alum Jay Pickett ("Port Charles," "General Hospital," "Days of our Lives") “died sitting on a horse ready to rope a steer" during production of his new movie "Treasure Valley in Idaho," according to the actor's friend and the film's co-producer Jim Heffel.