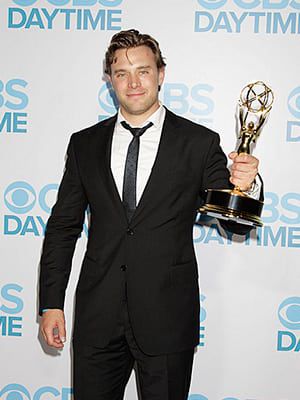 Billy Miller: ‘I Thought I’d Be Fired Every Day’

Despite previously indicating that she wasn’t leaving CBS” “The Young and the Restless” due to her involvement with the Netflix series “Dark/Web,” actress Noemi Gonzalez (Mia Rosales) is indeed leaving the daytime drama series. She was let go in this case.

In a statement posted on social media, Gonzalez said, “I have been honored and blessed with the opportunity to embody such a dynamic character on such a special show! This is the hardest working cast/crew/staff in show business, let me tell you! A special thank you to Jordi Vilasuso [Rey Rosales], Jason Canela [Arturo Rosales], Marisa Garcia [Freelance A2 at ‘Y&R’], Kathy Jones [makeup artist] and Patricia Denney [head of hair/makeup].

“Thank you so very much to Sony Pictures Television and CBS for gracing me with the opportunity to be a part of such an iconic show. Bu most importantly than you to our loyal fans. Everything I gave was for you and the love of your stories. I’m going to miss Mia Rosales and Genoa City. I will be on the air for another month, but I’m off to shake things up elsewhere! Stay tuned for what’s next!”

Gonzalez’ exit comes just two weeks after co-star Jason Canela announced he too was exiting the series after being let go from his contract role of Arturo Rosales.