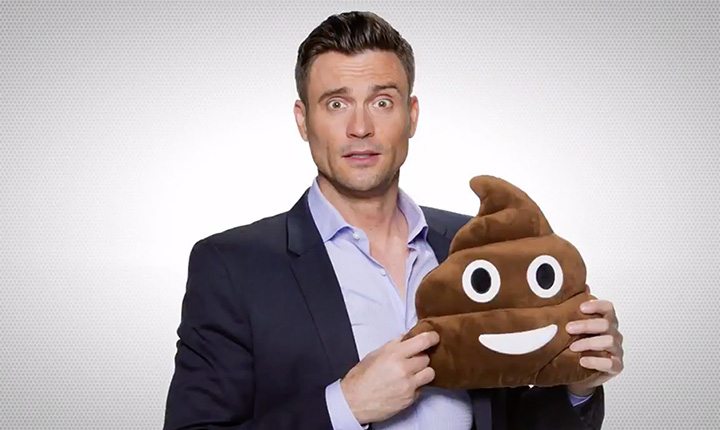 Monday, July 17 was World Emoji Day and CBS’ “The Young and the Restless” got in on the action.

In the 15-second video released on its social media platforms, daytime’s number one drama compiled a series of images showing its stars holding stuffed emojis, including your standard go-to’s: angry face, kissy face, hearts, tears and even a bag of s***.

In the video below it seems the various emojis provide a telling tale of where the storylines involving Victoria (Amelia Heinle), Billy (Jason Thompson), Phyllis (Gina Tognoni), Jack (Peter Bergman), Ashley (Eileen Davidson), Devon (Bryton James), Cane (Daniel Goddard), Lily (Christel Khalil) and others are heading, or in some cases, continuing. The video ended with the words “We Love You, Fans” (“love” was symbolized with a heart).

In addition to celebrating the day itself, the timing of the “Y&R” video might have something to do with the upcoming release of “The Emoji Movie” by Sony Pictures, whose television division holds majority ownership of the soap opera. The movie is set for release in theaters on Friday, July 28.