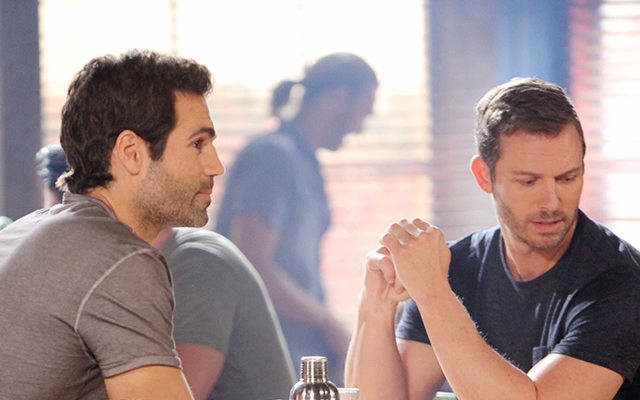 With the Megyn Kelly drama now behind the network following news of the former FOX News Channel journalist taking over the third hour of “The Today Show” with her own new morning program, NBC has finally made a decision on the future of NBC’s “Days of our Lives” and it’s a positive one.

The network announced today it has picked up the daytime drama series for a 52nd season, which will bring it through the 2017-18 television season.

“We feel so privileged to be able to continue the remarkable legacy of ‘Days of our Lives,'” said Jennifer Salke, President, NBC Entertainment in a statement. “We thank Ken Corday [executive producer] and his team for their incredible accomplishments and look forward to all the stories from Salem that will continue to unfold.”

Added Corday: “It’s a great day in Salem! We’re pleased to announce that after more than 51 years in the hearts and homes of our amazing fans, ‘Days of our Lives’ will continue to be part of the NBC family. We are grateful to our incredible network and longstanding partner Sony for their continued support, and we look forward to what the future will bring under the new creative direction of the show. I’m especially proud to be able to shepherd ‘Days’ into the new season, continuing my parents dream and the show’s legacy.”

Steve Kent, Senior Executive Vice President, Sony Pictures Television, which produces the soap alongside Corday Productions, Inc., said, “‘Days of our Lives’ has a legacy of rich storytelling that has traveled across generations. Ken Corday and the cast and crew continue to deliver dynamic storylines and unforgettable performances, and we are proud to continue to bring this award-winning series to audiences both in the U.S. and around the world.”

Former “General Hospital” and “One Life to Live” head writer Ron Carlivati was named head writer of the soap in January. He will be joined by veteran “DAYS” writers Sheri Anderson Thomas and Ryan Quan who will serve as creative consultants on the series. Also in January, the soap celebrated the airing of its 13,000th episode, making it only the second daily serial currently on air to do so — “GH” being the other.