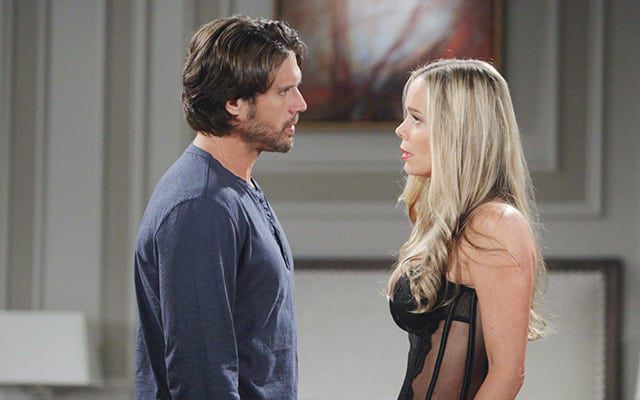 Mckenna Grace, the 9-year-old who has played Nick (Joshua Morrow) and Sharon’s (Sharon Case) daughter Faith Newman on “The Young and the Restless,” is co-starring in Amityville: The Awakening. The feature film is scheduled for release on April 1.

The horror flick stars Jennifer Jason Leigh as Joan, a mom who uproots her family and moves them into a new house. She wants to be closer to a hospital with a topnotch neurology department that will help care for her comatose son James (Cameron Monaghan). Bella Thorne portrays James’ twin sister, Belle, while Grace plays little sister, Juliet.

Soon, strange phenomena begin to occur in the house –including the miraculous recovery of James. It leads Belle to suspect that their mother isn’t telling them everything. Belle eventually realizes that they have moved into the infamous Amityville house, a place with a horrifying history.

Jason Blum is producing the film for Blumhouse Productions with Casey La Scala and Daniel Farrands. Matthew Stein and Alix Taylor are on board to executive produce.

“Days of our Lives” alum Taylor Spreitler (ex-Mia McCormick) appears in the film, too. She plays Marissa.