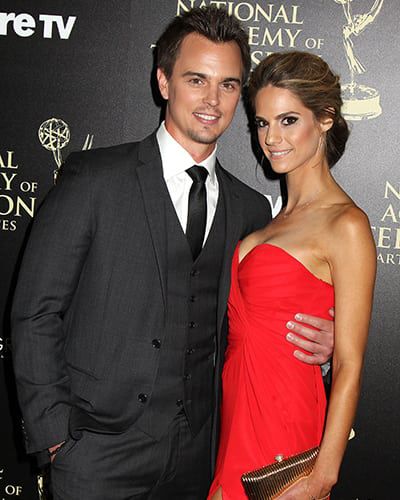 Is Genoa City’s unlucky-in-love poster child about to lose another man? And to her own mother? This week on “The Young and the Restless,” Stitch (Sean Carrigan) tells Abby (Melissa Ordway) about his feelings for Ashley (Eileen Davidson).

Ever since Stitch and Ashley admitted they loved one another in the fire, the pair have been at odds about how to handle the situation. Stitch has wanted to come clean to Abby, believing she deserves to know the truth. Ashley has been adamant about protecting her daughter’s heart. She’s forbidden Stitch from confessing what went down between them, insisting their words were spoken under duress. Stitch, however, is about to reach the breaking point.

Things come to a head, this week, when Stitch, Abby, and her parents, Ashley and Victor (Eric Braeden), are discussing the upcoming nuptials. There’s heavy tension in the air, and Ashley explains it’s because Victor is suing Jabot.

Abby, of course, isn’t happy to hear about yet another Newman/Jabot war. She doesn’t want her two families fighting, especially while she’s in the middle of planning her wedding day.

So Victor offers a suggestion.  “You should consider postponing it,” he tells Abby. “You know, maybe springtime would be a better time.”

Ashley will hear none of it. “Absolutely not,” she counters, emphatically. “You’re not postponing your wedding.”

Victor ultimately concedes, before leaving. So Ashley, Abby and Stitch resume talking nuptial details. Abby, however, wonders if Victor was right. Maybe she and Stitch should postpone their plans, and her fiance agrees. But, yet again, Ashley is insistent that they move forward.

Later, in the park, Abby wonders why her mother is pushing so hard for her and Stitch to tie the knot as soon as possible. Stitch surprises Abby, when he admits, “It’s because of me.”

When Abby asks him to explain, Stitch is forced to tell her the truth: he has feelings for Ashley. Then, he reveals what went down between them the night of the fire.

Needless to say, Abby is stunned. She has it out with Stitch; then, confronts her mother. She wants to know why Ashley lied about Stitch’s last words to her during the fire, and Ashley scrambles to explain.

Will Ashley finally come clean and admit she truly loves Stitch? Or will she keep lying to Abby — and herself — and continue to push him away?