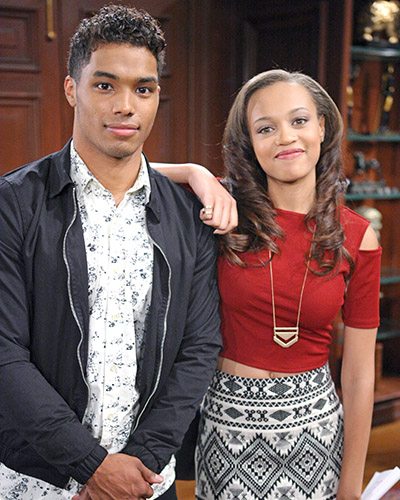 On Friday, September 18, when Soap Opera Digest reported on a casting call going out for the contract role of Alisha by CBS’ “The Bold and the Beautiful,” fans of the daytime drama series began pondering if the show had plans to recast the role of Nicole (played by Reign Edwards) as the description for the character soundly awfully similar to that of the younger Avant sister. Thankfully, that doesn’t seem to be the case.

In the initial description, Alisha was said to be an “assertive, sexy, Midwestern, unsophisticated and beautiful” African-American female ranging in age of 18-21 years.

In the revised description, the character is “Hispanic or Middle Eastern, sexy, Midwestern, unsophisticated and beautiful.” The character remains in the 18-21 age range, which means she might appear in scenes with Nicole and love interest Zende (Rome Flynn) when the role begins filming in October.

Those interested in trying out for the part, make sure you fit the new description as the show asks no one be submitted based on the initial casting breakdown.