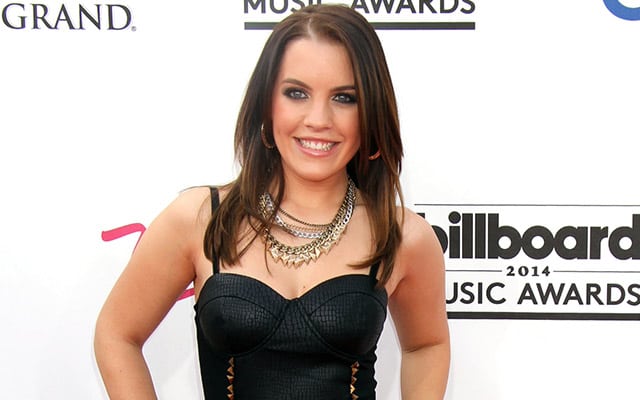 UPDATE 5:25 PM, ET: An ABC representative has confirmed to Soap Opera Network that Kristen Alderson will be departing “General Hospital” in the near future. No further details were released.

PREVIOUS 5:15 PM, ET: After joining the cast of ABC’s “General Hospital” in the contract role of Starr Manning in 2012, which she originated in 1998 on “One Life to Live” when she was just 6 years old, Daytime Emmy Award winner Kristen Alderson (Kiki Jerome) has decided to leave the daytime drama series.

Word of Aldersdon’s exit from “GH” came to light via a report by Soap Opera Digest, citing setside sources. Alderson’s real-life love, Chad Duell (Michael Corinthos), later confirmed the news on Twitter, where he stated, “[it] was her decision btw” in response to Digest‘s initial reporting.

In January 2012, it was announced that Alderson, along with on screen parents Roger Howarth (Franco; ex-Todd Manning) and Kassie DePaiva (Eve Donovan, “Days of our Lives”; ex-Blair Cramer), would be uprooting her character from Llanview, following the cancellation of “OLTL” by ABC, to Port Charles. Alderson debuted the following month.

In 2013, a lawsuit was filed against ABC surrounding the network’s use of “OLTL” characters on “GH” after the network had previously licensed them to Prospect Park, who at the time was gearing up for the online reboot of “OLTL” and “All My Children.” ABC later opted to bring the actors back to “GH,” but as new characters.

Learning of Alderson’s upcoming exit from “GH,” DePaiva tweeted, “Oh no!!! She can be my long lost daughter #DAYS.”

Reps for the actress and “GH” were unavailable at press time.

A last airdate for Alderson is not known at this time, but Digest notes that she’ll be wrapping her stint very soon.