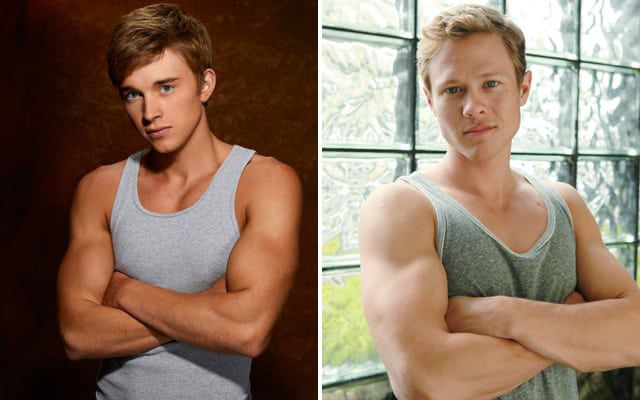 From Massey to Wilson: Actor Switch Dates Revealed for ‘DAYS’ Will Horton

If you’re one of the fans who thought that “Days of our Lives’” Clyde (James Read) would swoop into Salem, stir up trouble for Ben (Robert Scott Wilson) and Jordan (Chrishell Stause), and then get the heck out of dodge, think again: He’s playing with the big boys now, and he’s here to stay!

“I knew I would be around for awhile,” Read shares with Soap Opera Network. “I didn’t know exactly where the plot was going to take Clyde, but the handwriting was on the wall to me pretty quickly that he was going to have to do business or battle with EJ (James Scott).”

The story eventually led to Clyde’s involvement in EJ’s death — which the actor says he was nervous to see play out. “At one point, I asked one of the producers, I said, ‘The audience is really not going to like this character, where you’re going with it,’ and they said, ‘No, they’re going to love to hate him,’” Read reveals. “Every good story needs a good villain, and I think that they’ve done a really good job at presenting a multi-dimensional villain that the audience is perhaps is wondering, ‘Well, he’s not that bad, is he?!’”

One person who’s sure of his bad side is Kate (Lauren Koslow), Clyde’s new lover. As the audience knows, the powerhouse exec is sucker for bad boys. “There’s such a great dynamic [between them]; these characters both try to dominate their social environment,” Read says of the couple. “I think from their first scene together, there was that sense of ‘What’s your real story? Why are you really here? Who are you? You’re not leveling with me, you’re not who you say you are, but you’re really attractive. I really like you!’ So that dynamic, I think, the writers have done a great job in maintaining that and developing that so that you never know from one scene to the next exactly where the relationship is going. You go from thinking they’re going to kill each other at any moment to hopping in bed before the afternoon is out.”

Speaking of killing, that might be what Stefano (Joseph Mascolo) may want to do to Clyde once he starts delving deeper into his son’s murder. “You would have to expect that if and when Stefano learns of Clyde’s involvement in EJ’s death, fur is going to fly,” the actor teases, adding that both EJ’s father and Victor (John Aniston) are obstacles in his alter ego’s future. “Both Victor and Stefano represent immovable forces that Clyde has to try to move.”

Though honored to be working with vets like Aniston, Mascolo and Koslow, there was one daytime legend he was particularly excited to meet once he found out he’d landed the job: “Deidre [Hall]!” he exclaims of Marlena’s portrayer. “I had a crush on Deidre in high school.”

He has yet to tell the actress the secret news, but now that that the cat is out of the bag, he jokes, “I’ll be sure to tell her now!”

No matter what Clyde’s future holds or which actors he may cross paths with, Read says he’s honored to be part of the show that he says is as much a part of the American social fabric as apple pie and Chevrolet. “Who doesn’t know ‘Days of our Lives?’” he asks, adding that when he landed the job, “I turned it on and was like, ‘Wow, there’s Marlena! Wow, there’s John and Roman and Victor!’ All these icons are still going strong. It’s great.”