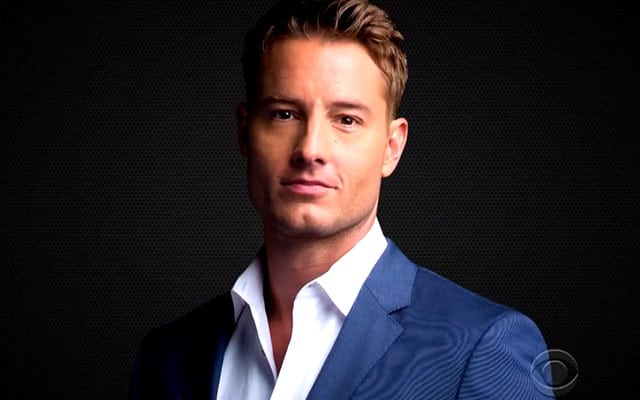 It seems like forever ago since the news of Justin Hartley joining the cast of CBS’ “The Young and the Restless” as Adam Newman first came to light, but in less than two weeks fans will finally find out what the character has been up to when he’s not shown snooping around Genoa City while trying to keep tabs on the love of his life – Chelsea Newman (Melissa Claire Egan) – and their child. On Wednesday, November 5, Hartley begins his journey on the daytime drama series when Adam works his way back into the world of the living, and in this newly released promo highlighting his debut viewers will come to realize “you can’t keep a bad man down.”

READ ALSO: EXCLUSIVE: Justin Hartley’s First ‘Y&R’ Airdate Revealed + The 10 Things Adam Has Missed (Or Maybe Not) Since He Was Presumed Dead!

In a recent interview with TV Guide‘s Michael Logan, the former “Revenge” and “Smallville” star revealed that Chelsea is in fact the reason he comes out of hiding. “Chelsea finds the surveillance cam he put in their son’s nursery and she disables it,” he says. “Now he can no longer be a creeper. He can’t spy on his family anymore so, even though he’s not fully recovered from his accident, he must get back to town quickly, especially after he hears Chelsea talking about Billy [Burgess Jenkins] moving in. The control freak in him can’t stand it. So, basically, Adam had a five-step plan to get back his life that would have played out over the course of a couple of years, but now he’s jumping right to Step 5.”