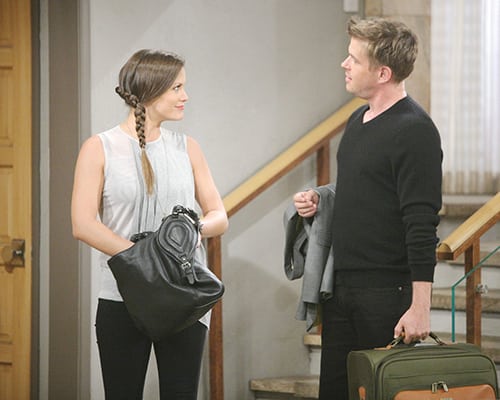 “The Young and the Restless’” Billy Abbot has seen quite a transformation in recent months. After portrayer Billy Miller decided to walk away from the show in January of this year, former portrayer David Tom was cast in the role. But just a few short months later, it was announced that Tom — who previously played the character from 1999 to 2002 — had been ordered to pack his bags so that daytime newcomer Burgess Jenkins could step into the role. And while it was Miller’s decision to leave the character he’d played since 2008, the same cannot be said for Tom, who was reportedly very surprised to learn he’d been replaced with Jenkins after just four months of being back in the role! So what happened to lead to such a quick casting turnaround? We asked CBS’ Senior Vice President of Daytime, Angelica McDaniel, who told Soap Opera Network that the recast was not an easy turn of events for anyone involved.

As for why the show felt it necessary for Tom to go and for Burgess to enter, she says the pawns fell in place that way. “We just decided with where the show is, and where we needed the character to go, and where we are with the rest of the cast, it was just, again, a hard decision that we had to make,” she says. “But you know, we wish the best for David Tom… He’ll always be part of the family and you know again, a hard decision, but we wish him the best.”

Jenkins stepped into the role of Billy starting Tuesday, June 24, and McDaniel seems happy with the transition so far. “We just put him through the ringer,” she reveals. “He had a lot of scenes he had to shoot his first couple of weeks, but he’s settling right in. So we’re really excited about that.”