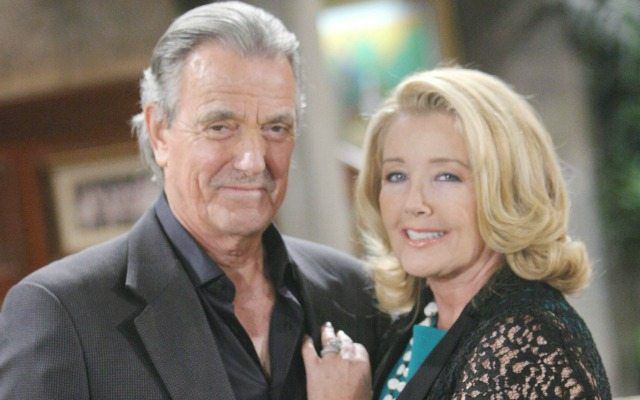 (SoapOperaNetwork.com) — A look at what’s happening on “The Young and the Restless” during the week of October 3, 2011.

The Inside Story: Katherine’s Health Turns Everything on Its Head
The arbitration takes a turn for the worse for Katherine, when Jack testifies on Tucker’s behalf. The judge rules that Jabot will go back to Tucker. After the dust settles, Katherine blasts Jack for betraying her. Her words play on Jack’s guilt. Without warning, Neil catches Katherine as she collapses. She is rushed to the hospital, where word gets back to those in Genoa City, that Katherine has had a stroke. When Tucker tries to go to see Katherine, an angry Neil and Devon prevent him. Tucker does his best to tell her that what he did was merely business. Jill. Meanwhile comes to the hospital to be by Kay’s side. Katherine’s lawyer, Mitchell Sherman arrives, while those around her discuss what Katherine’s views on life support were. Seemingly alone, Jill takes Mitchell aside and questions him regarding Devon’s being in the will. Tucker overhears their conversation and begins to question Jill. She tries to avoid him but he soon figures it out. Tucker heads home, where he calls Sofia. She tells him to tread carefully when it comes to Devon. Sofia’s word make Tucker realize that he doesn’t want history to repeat itself. Meanwhile, as Tucker tries to figure out how Katherine located his son, Devon is blown away by who is biological father is. Meanwhile, Devon’s mother, Yolanda sees his name in the news.

A Closer Look: Billy is Spotted by Cane
When Billy hears the news about Katherine, he leaves the trailer to go to the hospital. He sneaks in and sits beside a comatose Katherine, sharing what has been going on. Cane, meanwhile, is also on his way to the hospital and spots Billy slipping out of her hospital room. Later on, Cane heads to Billy’s trailer, pounding on the door until Billy has no choice but to let him in. Once inside, Cane rip into Billy for not being there when Delia needed him. Billy’s poor attempt at explaining himself clues Cane in to the truth: Billy is the true donor. Billy places Cane is a bad situation when he asks him to keep quiet.