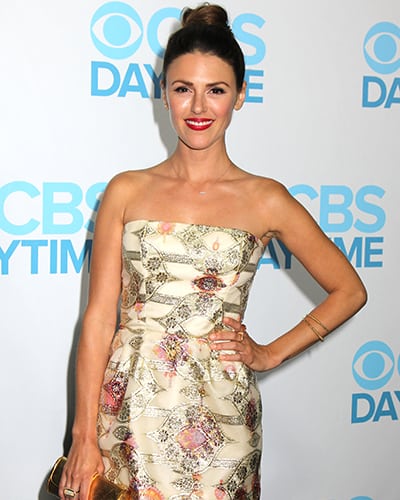 It’s been over a month since “The Young and the Restless’” Elizabeth Hendrickson last aired as Chloe Mitchell, and many fans are still getting used to her onscreen absence. But if all goes well, viewers will have the opportunity of seeing the actress on the small screen once more: In a comedy setting! Soap Opera Network caught up with the New York native to get the scoop on how life has been since departing the daytime world, and it sounds like the actress is doing everything she can to shed the tears of her acting past and welcome new smiles.

So far, the actress says she’s landed quite a few fabulous auditions — as many as three per week since walking away from Genoa City. “I’ve gotten a lot of great callbacks,” she says. “I haven’t landed anything, but I haven’t been in rooms for so long, so just getting my feet back in and letting casting directors know that I’m alive has been really great. It’s such a different beast. Showing up and doing the job is easy; getting the job is the hardest part.”

And since it’s been so long since she’s put herself in front of casting directors, she admits that the process has been rather nerve-wracking. “When I really care about the role, I’m really, really nervous,” she says. “But once I’m doing it more regularly, I think I’ll feel a little bit more comfortable. I’m just not used to being in a small room with four people staring at me! But it’s fine; I’ll get back to it.”

As for her future dream role, Hendrickson lists shows like “Modern Family” and “New Girl.” “I’d just love to guest star as much as I possibly can to get myself all ready for hopefully landing my own [pilot] one day,” she explains. “I’ve got to get on a comedy set and get rid of all of those first times nerves and really work it!”