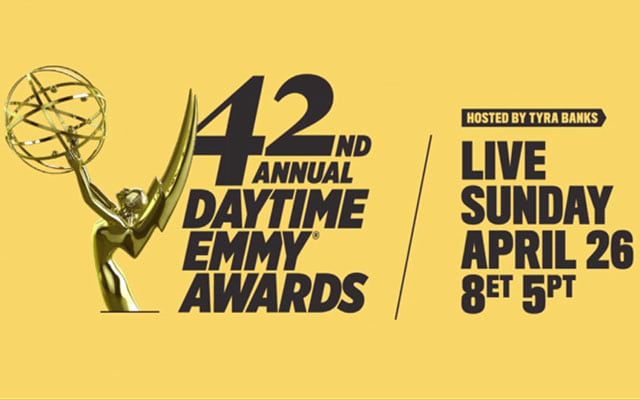 Kathy Griffin, who is hosting this year’s kudocast, opened the show telling everyone to “work bitch” with music set to Britney Spears’ song of the same now, proving cursing is okay for an online telecast not needing commercials. She added an “F” bomb soon after that. Kathy also talked about how crappy last year’s awards was.

10 minutes into the show, no award has been handed out, but with no commercials, Kathy’s stand up stick is okay…for now. Kathy sped things up and introduced Billy Bush of “Access Hollywood,” who presented the first award of the night – Outstanding Supporting Actor and Actress in a Drama Series.

Of the nominees for Outstanding Supporting Actor, Eric Martsolf (Brady Black) to took home his first Daytime Emmy Award in his first nomination. He beat out “The Bold and the Beautiful’s” Scott Clifton (Liam Spencer), “General Hospital’s” Bradford Anderson (ex-Damian Spinelli) and Dominic Zamprogna (Dante Falconeri) and “The Young and the Restless'” Steve Burton (Dylan McAvoy).

Casey Moss and Kate Mansi of NBC’s “Days of our Lives” presented Outstanding Legal/Courtroom Program,but before getting things started they congratulated their co-star Eric Martsolf. The award went to “The People’s Court.” It beat out “Divorce Court,” “Judge Judy” and “Justice For All With Christina Perez.”

Outstanding Talk Show Host(s) was a tie between Dr. Mehmet Oz of “The Dr. Oz Show” and Katie Couric of “The Katie Couric Show.” Neither winner was here. The award was presented by Mario Lopez (host of “Extra”).

“Y&R’s” Sharon Case and Camryn Grimes presented Outstanding Drama Series Writing Team went to their very show, “The Young and the Restless.” The soap beat out “B&B” and “DAYS.”

Emmy nominees from “B&B” Scott Clifton and Kim Matula (Hope Logan) presented Outstanding Drama Series Directing Team with co-star Darin Brooks (Wyatt Fuller). “One Life to Live” picked up the award, to add to its tally from the Creative Arts Emmy Awards on Friday night. Jill Mitwell picked up the award. The soap beat out “B&B” and “Y&R.”

Outstanding Younger Actress in a Drama Series went to Hunter King from “Y&R.” This is King’s second nomination in this category and first win. The actress beat out “B&B’s” Kim Matula, Linsey Godfrey and “GH’s” Kristen Alderson and “One Life to Live’s” Kelley Missal. The award was presented by “The Talk’s” Aisha Tyler and Sara Gilbert.

While the wrong reel was shown for him, Chandler Massey won his third consecutive Daytime Emmy Award for Outstanding Supporting Actor in a Drama Series for his portrayal of Will Horton on NBC’s “Days of our Lives.” The actor won over “GH’s” Bryan Craig and Chad Duell” and “Y&R’s” Max Ehrich and Daniel Polo.

While the show has taken a step back from Emmys for the Drama Series categories for the moment, winners in the press room had fun talking. Amelia Heinle and Eric Martsolf so far spoke. Heinle again thanked Billy Miller and Eric Martsolf congratulated Eileen Davidson on her super contract!

Underwood and Osbourne then presented Outstanding Lead Actress in a Drama Series. The award went to Eileen Davidson for her iconic portrayal of Kristen DiMera on “DAYS.” This was her first win in this category for her role on the NBC daytime drama. Up against Davidson was “B&B’s” Katherine Kelly Lang and Heather Tom, and fellow “DAYS” star Arianne Zucker.

Outstanding Drama Series went to CBS’ “The Young and the Restless.” The soap beat out “One Life to Live,” “The Bold and the Beautiful” and “Days of our Lives.” Jill Farren Phelps once again took the stage and accepted the award on behalf of the entire cast and crew.

“The 41st Annual Daytime Emmy Awards” ended earlier then expected with 13 minutes left on the clock. 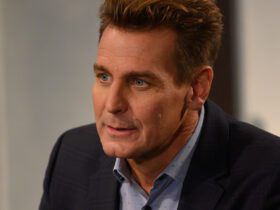 "General Hospital" star Ingo Rademacher is doubling down on his anti-vaccine mandate stance, and takes aim at those calling for his firing: "I think that you’re bigots, and I think you know it.”