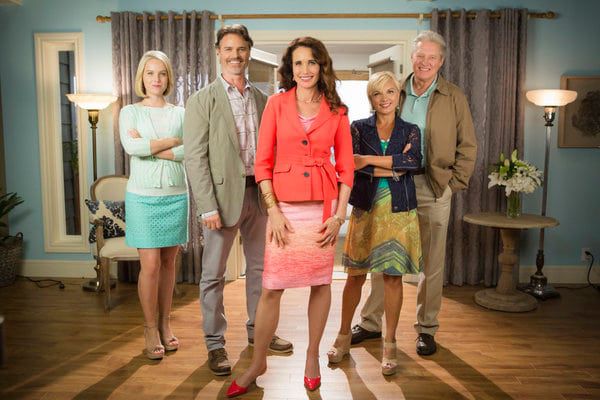 TVGN, which yesterday announced plans to air marathon episodes of “The Tomorrow People,” “The Originals” and “Reign” on Saturday afternoons leading up to the return of new episodes to The CW, today announced that it will provide an all-day marathon of CBS’ “Hostages” on Sunday, January 5. The marathon begins at 1:00 PM ET/PT, starting with the series premiere and will last until 2:00 AM ET/PT on Monday, January 6.

“TVGN loves great TV, and we couldn’t be more excited to give viewers an opportunity to catch up on ‘Hostages,’ one of the best primetime dramas on television today, right before the big season finale,” said Brad Schwartz, President of Entertainment and Media, TVGN. “If you’ve missed one minute of ‘Hostages,’ we’ve got you completely covered. Come spend this Sunday with Dylan McDermott, Toni Collette and TVGN.”

The marathon all leads up to the two-hour season (likely series) finale airing Monday, January 6 at 9:00 PM ET/PT on CBS.

From executive producer Jerry Bruckheimer, stars Emmy Award winner Toni Collette and Golden Globe Award winner Dylan McDermott in a high-octane suspense drama about Dr. Ellen Sanders, a premiere surgeon thrust into a chilling political conspiracy when her family is taken hostage by rogue FBI Agent Duncan Carlisle.  Ellen and her family are held captive in their home by Carlisle, a desperate man doing the wrong thing for the right reasons, who orders her to assassinate the President when she operates on him.  His  highly  skilled  accomplices  include his brother-in-law Kramer, whose loyalty to Carlisle will be tested; quick-tempered and intimidating Archer, an ex-military man with a razor-sharp tongue; and the only woman involved, Sandrine, a mysterious last-minute replacement to the team.  With her family’s life in peril, Ellen faces an incomprehensible moral dilemma in order to save her overbearing husband Brian, her secretive daughter Morgan and her not-so-innocent son Jake.  In this high-stakes standoff between Ellen and Carlisle, fraught with tremendous national and personal consequences, the choices between right and wrong become even more blurred.