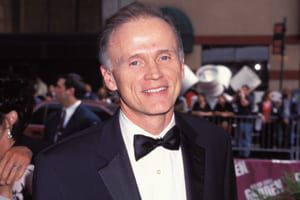 Just in time for all new episodes to premiere on The CW later this month, TVGN (TV Guide Network) announced today plans to run marathons of the broadcast network’s hit dramas “The Tomorrow People,” “The Originals” and “Reign.” Each series is scheduled to air back-to-back episodes on TVGN in all-day marathons beginning with their first episode.

“There is no better way to catch-up on great television than to binge every episode from the beginning of a series,” said Brad Schwartz, President of Entertainment and Media, TVGN. “If you haven’t seen these three shows that everyone is talking about, make a dent in your couch, turn the lights down, and catch up to the awesomeness that is ‘The Tomorrow People,’ ‘The Originals’ and ‘Reign.'”

“The CW is thrilled to team up with TVGN to give viewers the opportunity to catch up on our three new hit series, “The Originals,” “The Tomorrow People” and “Reign,” said Mark Pedowitz, President, The CW. “Now a whole new audience has the chance to experience these exciting dramas from the very beginning while fans of the series can see all the twists and turns they might have missed so far so everyone can be up to speed on all the action when these shows return with original episodes later this month on The CW.”

ABOUT THE ORIGINALS
When Klaus Mikaelson, the original vampire-werewolf hybrid, receives a mysterious tip that a plot is brewing against him in New Orleans, he returns to the city his family helped build. Klaus’ questions lead him to a reunion with his diabolical former protégé, Marcel, a charismatic vampire who has total control over the human and supernatural inhabitants of New Orleans. Tensions between the town’s supernatural factions are nearing a breaking point as Marcel rules with absolute power. With the help of his brother Elijah, Klaus vows to reclaim what was once his – the power, the city and his family.

New episodes of “The Tomorrow People,” which stars former “As The World Turns” actress Peyton List (ex-Lucy Montgomery), returns to The CW on Wednesday, January 15 at 9:00 PM ET/PT.

ABOUT THE TOMORROW PEOPLE
Stephen Jameson was a normal teenager until he began hearing voices and teleporting in his sleep, never knowing where he might wake up. In desperation, Stephen listens to one of the voices in his head, and it leads him to the Tomorrow People — John, Cara and Russell — and their astonishing abilities of telekinesis, teleportation and telepathic communication. Though he is one of them, Stephen is not willing to turn his back on his human family, and he sets out on his own path — a journey that could take him into the shadowy past or into an unknown future.

ABOUT REIGN
Hidden between the lines of the history books is the story of Mary Stuart, the young woman the world will come to know as Mary, Queen of Scots. The teenage Mary is a headstrong monarch, poised at the very beginning of her tumultuous rise to power. As Mary arrives in France to formalize her engagement to the dashing Prince Francis, a royal triangle forms when Mary meets Francis’ illegitimate half-brother Bash. Fierce political foes and dark forces conspire to sabotage Mary’s marriage and even threaten her life, but Mary is determined to rule the new land and balance the demands of her country and her heart.