Home / News / Industry / WGA Nominations: ‘Days of our Lives’, ‘General Hospital’ and ‘The Young and the Restless’ 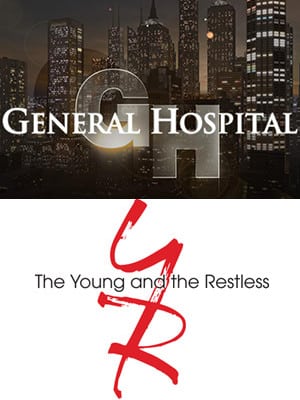 The Writers Guild of America, West (WGAW) and the Writers Guild of America, East (WGAE) announced today nominees for Outstanding Achievement in Television, New Media, News, Radio, Promotional Writing, and Graphic Animation during the 2013 season for its annual Writers Guild Awards. In the category of Daytime Drama, NBC’s “Days of our Lives,” ABC’s “General Hospital” and CBS’ “The Young and the Restless” are set to duke it out when the ceremony takes place on Saturday, February 1, 2014 at simultaneous ceremonies in Los Angeles and New York.

This award season, the WGA has changed its awards eligibility and submission guidelines for television and new media categories, as well as added a new Quiz & Audience Participation writing award. The new guidelines permit new media series to compete with TV series in select script and series categories. Specific changes to Writers Guild Awards rules include:

· All daytime serials will compete in the Daytime Drama category, which has also been broadened to include made-for new media programming.

· The WGA’s three series awards categories – Drama, Comedy, and New Series – will be open to all programs over 15 minutes and under one hour in duration, regardless of the platform for which they were created.

The WGA’s new Quiz & Audience Participation award category covers programming that customarily involves the writing of questions and answers, as well as other material (i.e., quizzes, stunts, host copy, et al.). Scripts submitted for awards consideration must have been written under a WGA collective bargaining agreement.