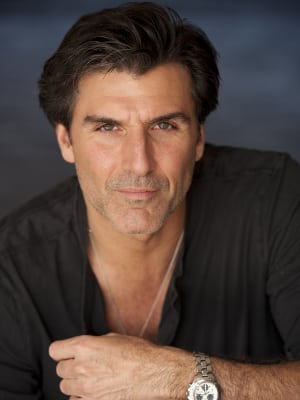 There’s a rumor going around that former “All My Children” star Vincent Irizarry (ex-David Hayward) has been tapped to play the role of “General Hospital’s” Valentin Cassadine — a role former “AMC” star Matthew Borlenghi (ex-Brian Bodine) had been cast to play before the storyline was scrapped back in 2009. And when Borlenghi caught wind of the supposed recast, his online comments prompted “GH” headscribe, Ron Carlivati, to shed some news on the Irizarry casting rumor!

“Anyone care to comment on recasting me as Valentin Cassadine? Wasn’t enough that I got Franco’d before?” the actor initially tweeted after hearing the news that Irizarry was headed to “GH.” “Hurts.”

To which Carlivati responded shortly after: “It’s a false rumor, Matt. No reason to be hurt or upset.”

But is it a false rumor? Behind-the-scenes rumblings indicate it might not be as far-fetched as the scribe is making it out to be. Either way, Borlenghi has seemingly made peace with the news. “First of all, I lashed out at nobody; I respect and admire Mr.’s [Frank] Valentini [executive producer] and Carlivati immensely,” the actor says in a statement via The Gossip Gypsy (which he posted on his Facebook page). “Yes, I was hurt by the news of a re-cast. It opened an old wound of getting ‘Franco’d’ the day after my first and only night of taping in the role of Valentin Cassadine, which I was extremely excited about doing. In my hurt I asked a question. That’s it. If, indeed, Mr. Irizarry gets the honor of playing Valentin for the wonderful ‘GH’ fans and family, I wish him all the best. He is a terrific human being. As for those who replied in negative ways, well, I wish them the same peace and happiness that I wish for those who replied with support and compassion. Tomorrow is a new day… Happy holidays to all.”