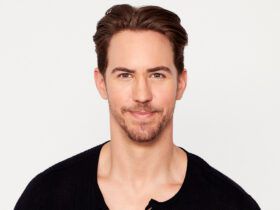 While Juan Pablo Galavis wasn’t the lucky fella to win the final rose and the heart of Desiree Hartsock during last season’s edition of “The Bachelorette,” the former Venezuelan soccer player instead won the hearts of countless viewers across America and ultimately landed the coveted role as ABC’s next bachelor. On Sunday, January 5 and Monday, January 6, 2014, the network has scheduled the two-night season eighteen premiere of “The Bachelor” with Galavis gearing up to take center stage while 27 women vie for his attention. Starting with Sundays edition titled “The Bachelor: Countdown to Juan Pablo,” America will be introduced to all the bachelorette’s looking to put a ring on their finger before the man of their dreams spots his potential cinderella. Previous “Bachelor” Sean Lowe will make an appearance as he offers some advice to Galavis on what he can expect from his upcoming adventure now that he’s on the other side of the rose decision process. The countdown special episode will air beginning at 8:00 PM ET/PT. Meanwhile, in its regular timeslot on Monday nights (8:00 – 10:00 PM ET/PT), “The Bachelor” continues with just 18 women remaining.

Breakdown of Season Premiere Episode
In “Episode 1801,” Juan Pablo enjoys some time with his adorable daughter, Camila, when he is surprised by a visit from Sean Lowe. Sean offers some pointers on how he should handle his romantic adventure when 27 amazing women come from all over the world to meet him. Although not looking forward to having to send any of these beautiful bachelorettes home, he soon forgets about that when he hears the first screams of excitement from the limousines. It’s obvious the women are out to make a memorable first impression. A gorgeous nurse pulls out a stethoscope and lets him listen to her heart. A free-spirited hippie decides to go barefoot. A vivacious dancer invites him to show her his sexy salsa moves. The real showstopper is a music composer who arrives on a “piano bike,” playing her own composition. Not to be outdone, one woman shows up seven months pregnant. Is it a stunt or an OMG real moment? And one bachelorette brings a date – her dog, Molly.

Juan Pablo tries to calm everyone’s nerves by surprising the women with an impromptu dance party and a spontaneous photo booth. Now, as he tries to get to know the women individually, the stunning nurse impresses him with her commitment to caring for sick children. A lovely single mom connects with Juan Pablo as she shares stories about her eight-year-old son. But things get a little crazy when an overzealous masseuse gets the Bachelor on her massage table and treats him to some of her best moves.

Tensions run high once Chris Harrison brings out the first impression rose, with those who haven’t spoken with the handsome bachelor growing more anxious by the minute. One recently heartbroken woman tearfully relates her story of being left at the altar by her former fiancé. An elegant opera singer, who has come half away around the world to meet Juan Pablo, is totally enchanting. As the party draws to a close, he offers the coveted rose to a stunning beauty, but she is hesitant to accept it. Why?

At the end of the evening, 18 bachelorettes remain to start the exciting adventure with Juan Pablo and begin the search for love.

Promo for the new season:

Additional Highlights For Season Eighteen
Romantic and adventurous dates will reach new heights this season, testing the ladies’ perseverance in pursuing their romantic objective, along with fun, exciting and exotic dates that will elicit real and raw passions. A “Winter Wonderland”– complete with ice skating, sledding and a hot tub – is the Los Angeles setting for Juan’s first one-on-one date, culminating in a private concert by blues, rock and soul singer Josh Krajcik. Juan Pablo travels to Salt Lake City, Utah on another individual date to run the world famous “Electric Run” 5K with one lucky woman. A group photo shoot benefitting the Models and Mutts charity causes quite a commotion among the women when two bachelorettes discover how their photos will be handled with Juan Pablo. The Bachelor feels right at home when he invites ten ladies to play a game of futbol at the home of the MSL two-time defending champions, the Los Angeles Galaxy. Jetting off to Seoul, South Korea, Juan Pablo and the remaining women are submerged into a totally different culture. Six women are introduced to the South Korean K-pop superstar group “2NE1,” who teach them one of their choreographed dances. They are shocked to find out that they will perform as their back up dancers in front of a huge audience of screaming fans. Vietnam’s breathtaking natural beauty is the next surprise on their Asian tour. The group journeys on to New Zealand where a thrilling, but mysterious boat trip through the Tutukau Gorge, a spin inside an Ogo and a visit to the famed movie set of Peter Jackson’s “The Hobbit” are the backdrop for more romantic twists and turns. Sparks fly at a private concert by chartbuster Romeo Santos in Juan Pablo’s home of Miami. Finally, after spending passionate weeks traveling to a variety of locations, Juan Pablo brings his final three women to the exotic Caribbean island of St. Lucia. Will this sexy single dad find the love of his life or will he miss his chance for a happy ending again?

As in the past, women will continue to be eliminated each week, but if at any point a woman should decide that she’s no longer interested in the Bachelor, she can reject his invitation to continue dating. Some lucky women will meet his family, and he will visit their hometowns for a slice of their lives in an effort to determine the woman with whom he is most compatible.

Hosted by Chris Harrison, “The Bachelor” is a production of Next Entertainment in association with Warner Horizon Television. Mike Fleiss and Martin Hilton are the executive producers.