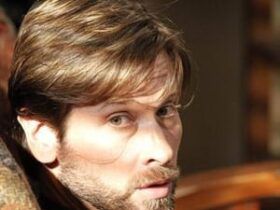 “One Life to Live” fans were shocked earlier this year when it was announced that Jenni ‘JWoww’ Farley of “Jersey Shore” fame would be joining the cast of The OnLine Network drama series in the recurring role of Nikki, but the reality star and actress is having a blast. When Soap Opera Network caught up with Farley during SELF Magazine‘s “SELF ROCKS the SUMMER” music party last night, the actress revealed that she actually prefers being called just Jenni vs JWoww, the nickname she became famous for via MTV’s “Jersey Shore.” She also reveals that we can expect to see her character in Llanview when the soap resumes filming in September.

“I didn’t realize how well I would be liked by fans,” said Farley, who recently wrote an email to “One Life to Live” executive producer Jen Pepperman informing her of how much fun she’s been having working on the soap. In her message to Pepperman, Farley said, “Thank you so much, I feel honored. This has been the best opportunity. I can’t believe that a show that’s been around for 45 years is accepting me! The every day reality star.” In response, Pepperman told her, “Yeah! I’m writing you more into the show.”

While Farley doesn’t know where her character will be storyline wise when the soap resumes production, she does say of the already filmed material, “You soon see I’m in a drug scene [and] I’m making out with someone.” She adds with a laugh and semi-jokingly, “I’m going for the sex scene soon. I wanna go for the evil twins. I want to kill someone. I want to do it all!”

Even though she’s currently appearing on “OLTL,” and getting ready to begin filming the third season of MTV’s “Snooki & JWoww,” the actress says she plans to use her down time to catch up on both her soap and “All My Children.”

“What I’m going to do, and this is my summer fling, is record the both of them and when I get a night off I’m going to catch up because it’s kind of like studying for ‘One Life to Live,’ but it’s also about enjoying a show I’m on because I’m a fan of it and ‘All My Children.'” Speaking of “AMC” in particular, Farley said, “When I watched the first episode [with] the couple whose daughter didn’t make the flight back… I was like ‘What is going on?!?!’ I was just bugging out. It had already sucked me in.”