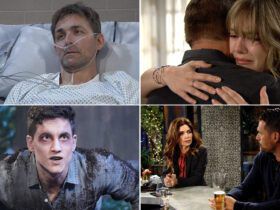 Gun shots, punches, returning sons and frightened daughters, “this is not some one way mirror looking at the world we’re in,” but it is “All My Children.”

After a gunshot was fired five years ago, how has life in Pine Valley changed? Who will find love? Who will seek revenge? The characters you have come to love, the characters you will meet for the first time… Find out when all new daily episodes begin, Monday, April 29th.

“All My Children” premieres Monday, April 29 on Hulu, Hulu Plus and iTunes and on FX Canada for Canadian viewers.