Shortly after word broke that Prospect Park had filed a lawsuit against ABC, Inc. over a reported breach by ABC in its licensing agreement with Prospect Park as it relates to “All My Children” and “One Life to Live,” Soap Opera Network has learned that one sticking point listed in the lawsuit seems to have been rectified already.

In the lawsuit against ABC, Prospect Park stated, “ABC has breached the License in other ways as well. Among other things, despite repeated requests from Prospect, ABC inexplicably failed and refused to turn over to Prospect’s control the URL’s onelifetolive.com and allmychildren.com, which URL’s are critical elements of the two series acquired by Prospect and to which it has clear contractual rights. This breach has damaged Prospect’s ability to inform the public about the shows as anyone going to these URL’s would be directed to ABC’s general website.”

As of this moment fans of “AMC” and “OLTL” who wish to quickly head over to ALLMYCHILDREN.com or ONELIFETOLIVE.com for information on the two soaps will no longer be re-directed to ABC.com/daytime as their landing pages, which effectively informs viewers of what’s happening on ABC’s current daytime lineup consisting of “General Hospital,” “The View” and “The Chew.” Instead, visitors are treated to theonlinenetwork.com with its countdown towards the re-launch of the soaps on Hulu, Hulu Plus, iTunes and FX Canada for Canadian viewers.

TOLN Previews Week Two of 'All My Children'

ABC on Prospect Park Lawsuit: 'We Haven't Seen the Complaint or Been Served'

On Saturday, April 6, “A Special Edition of 20/20 with Katie Couric: General Hospital – The Real Soap Dish” beat out the first original airing of NBC's "Smash" in head to head combat with the Katie Couric hosted special ranking second in both Total Viewers and Adults 18-49, behind only the "NCAA Basketball Tournament," according to TVbytheNumbers. 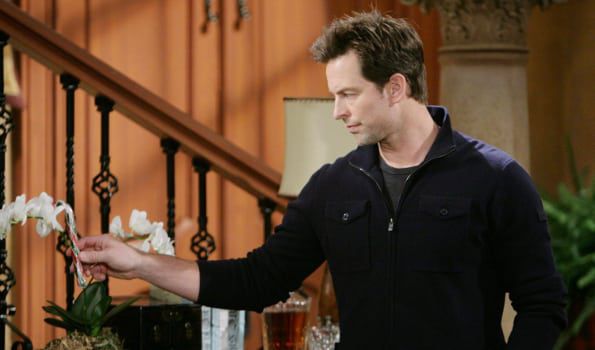 The Muhney Exit Interview: ‘CBS and Sony Want To Give Adam A Break For 3-6 months and Then They’ll Bring Him Back With A Different Actor’

With one day left before he films his final scenes as Adam Newman on CBS' "The Young and the Restless," Michael Muhney has spoken out via the Huffington Post on when and why he was fired, what's next and whether or not the soap plans to recast his popular role.

"For 2 years u posted, tweeted, Facebooked me..I heard you. Starting 7/15, we're having a summer fling w/ the soaps!" read Oprah Winfrey's tweet to her more 19 million Twitter followers shortly after news of OWN picking up both "All My Children" and "One Life to Live" for a limited engagement this summer. Both series begin airing Monday, July 15, with "AMC" airing in its old 1:00 PM ET timeslot and now PT as well, while "OLTL" will air at 3:00 PM ET/PT.

Departing ‘AMC’ Actor Promises to Check Back In