“We’re not in the condo anymore,” says Debbi Morgan (Dr. Angela Hubbard) on the new set of “All My Children.” The actress is part of a behind the scenes video recently uploaded by Hulu to Hulu.com, and also available to subscribers of Hulu Plus for HD viewing, in anticipation of The OnLine Network premiere of “AMC” and sister soap “One Life to Live” scheduled for Monday, April 29 via the aforementioned Hulu, Hulu Plus and iTunes.

Set to the song “Revolution” by artist Catey Shaw, viewers get a behind the scenes look at the return of Cortlandt Manner. “It’s so exciting for Opal to have a home again…she hasn’t had one for a long time,” says Jill Larson, who portrays Opal Cortlandt in the video that also gives viewers a glimpse at the behind the scenes crew working together to bring Pine Valley back to life. “In soap operas, when you have your own house, it’s a big deal!” added Larson.

FIRST LOOK: General Hospital Celebrates the Nurses Ball, Plus Frank Valentini On How Things Came Together 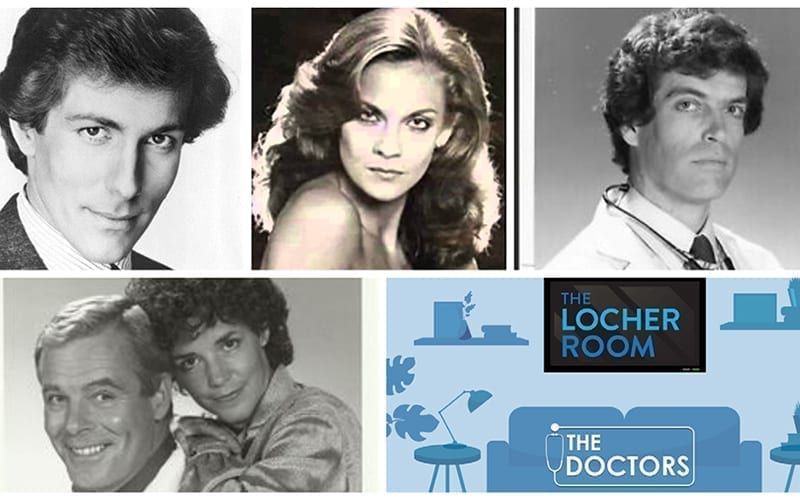 "The Locher Room" will feature its third cast reunion with cast members from the classic soap opera "The Doctors" on Friday, January 15.

Sunday, June 23 can’t come fast enough, because that’s when "All My Children" fans are going to go gaga over Susan Lucci's (ex-Erica Kane) debut as Genevieve Delatour on Lifetime’s “Devious Maids”! The dramady, which was dreamed up by “Desperate Housewives” creator, Marc Cherry, and is executive produced by “Housewives” star Eva Longoria (ex-Isabella Williams, “The Young and the Restless”), is already making waves as a can’t-miss hit. And luckily, Entertainment Tonight has released a first look at the maids who will no doubt be causing La Lucci loads of trouble!