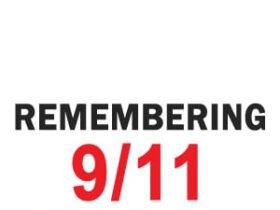 As expected, ABC has issued an official statement on the matter of Starr Manning, Todd Manning and John McBain, characters currently being seen on the network’s “General Hospital,” as it pertains to the license of the characters originally from the soon to be rebooted “One Life to Live.”

“There are on-going collaborative conversations,” says an ABC spokesperson. “We have various strategies in place depending on the outcome of these talks and of Prospect Parks’ plans.”

While the spokesperson informed us that there would be no further comment from ABC on this matter, it looks as though Daytime Confidential’s report of “GH” being forced to rest the characters for the time being would be the most logical step. This would also mean that although Prospect Park would like for the characters to appear on “One Life to Live” when it transitions to the web, until a deal is put in place between Prospect Park and ABC where actors Kristen Alderson (Starr), Roger Howarth (Todd) and Michael Easton (John) are set to appear, neither character will be seen on “GH” or “OLTL” until those deals are actually signed. It’s unclear at this time on how much input (if any) the actors themselves have on the matter. For reference, Easton had signed an agreement with Prospect Park back in September 2011 that would have kept his character in Llanview. Since that deal fell through, Easton is under contract with ABC along with Alderson and Howarth, both of whom previously did not express interest in moving to the web with “OLTL” back in 2011, when Prospect Park first tried getting the project off the ground.

A rep for Prospect Park did not respond to requests for comment.