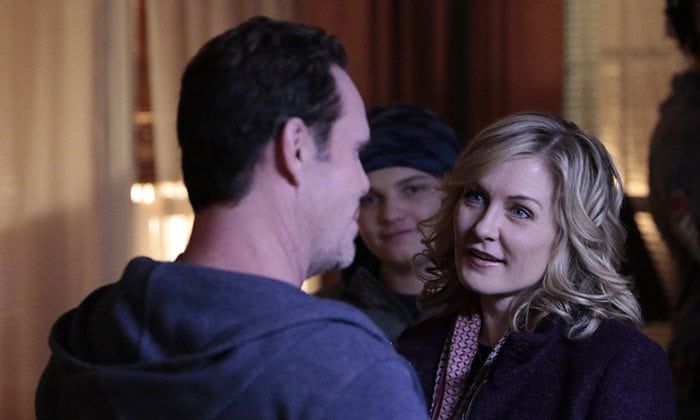 (SoapOperaNetwork.com) — As previously reported, soap star and recent dancing fiend Jack Wagner was a scheduled guest on the daily syndicated talk show “Anderson Cooper.”  The actor filmed his appearance earlier today at the New York studio of the talk show, which is scheduled to air on Tuesday, April 10 in national syndication, and was joined by his newly discovered 23-year-old daughter, Kerry.

When asked what meeting his daughter was like, Jack took a deep breath and fought back tears, saying, “Um, we hugged again, and I just knew this was her.”

Jack explained that Kerry had come to his concert in Florida hoping to meet him and brought an old photo of her birth mother and Wagner. Kerry managed to get backstage to her dad before the concert started. Jack said, “So I go to the backstage door and in rushes this crying girl, hugging me… I stepped away and she says, ‘You don’t know who I am?’ I said, ‘No,’ and she said, ‘I’m your daughter.'”