Home / News / Tuck: ‘I Would Absolutely Go Back’ to ‘One Life to Live’ 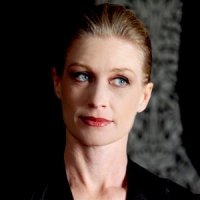 (SoapOperaNetwork.com) — While at least one former “One Life to Live” has reportedly turned down offers to return to the soap in its final months on the air, another actress says she “would definitely jump at the chance” to return to Llanview a final time. In a new interview with Access Hollywood, Jessica Tuck, fondly remembered by “One Life” fans for her role of Megan Gordon Harrison, discusses the possibility of returning to her daytime roots.

From 1988-92, Tuck portrayed the feisty, outspoken secret daughter of Victoria Lord (Erika Slezak), only to have her character die from complication of lupus in one of the most touching scenes in “OLTL” history. Tuck would reprise the role of Megan, albeit in spiritual form, in 1993, 1999, and 2004 (she had also planned on making a cameo as part of of the show’s 40th anniversary celebration in 2008, but was forced to pass due to a scheduling conflict). “They brought me back as a ghost, as a spirit, in dreams. I mean, when you’re doing a soap, you can pretty [much] create any opportunity to come back, I think,” Tuck tells the entertainment news site of her previous guest appearances on the show. The role earned a Soap Opera Digest Award nomination in 1990 and a Daytime Emmy Award nod in 1992.

When asked if she would be open to returning to the show again before it wraps production later this year, and enthusiastic Tuck replied that “If they invited me, absolutely I would go back. It’s very sad that [the show is ending in] I guess January… That’s coming up fast. It was such a great ride and I loved being there so if they wanted me to dip back in for a moment or two, I would definitely jump at the chance.”

In addition to “One Life to Live,” Tuck also appeared on “Days of our Lives” in 2010. Outside of daytime, she currently plays Nan Flanagan, president of the American Vampire League on the HBO series “True Blood.” Other television appearances include “Grey’s Anatomy,” “Boston Legal,” “Saving Grace,” “The Nanny,” and “October Road.”  She also portrayed Sharpay’s (Ashley Tisdale) mother in Disney’s “High School Musical” movie franchise, along with its sequel, “Sharpay’s Fabulous Adventure,” which was released on DVD on May 22.