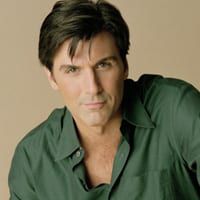 Sonny tries to talk Jason into letting go of Franco, but to no avail. Sam gets a call from Alexis and Molly. Jason confronts Franco.

Sonny and Johnny face off momentarily at the mob office – and Michael asks his father to do what the PCPD has failed to do. Delores points out some conflicting information about the stripper attacks.

Ethan and Cassandra grow closer as Helena waits to strike.

Steve and Maggie discuss their past and shared secret. Olivia attacks.