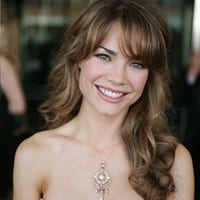 Robin talks with Patrick – but he thinks she is talking about Lisa’s murder.

Dante and Lulu spar over his return to fieldwork and her desire to change him.

Face to face with the Woman in White, Ethan tries to get to know her.

Furious, Elizabeth freaks out at Luke and Lucky for putting Aiden in Luke’s hands. She collapses after getting emotional, only for Luke to warn Lucky not to get sucked in.