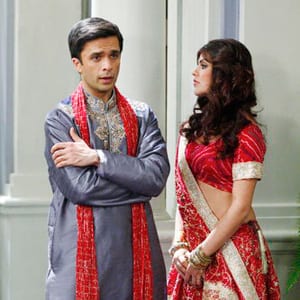 John’s side-tracked off Victor’s murder case by the investigation of the torching of Todd’s Sun office. He questions Brody about it. Brody admits to being afraid Vimal would tell John that Liam was his son, so he locked Vimal and Rama in the office. But he didn’t set the fire. As John is about to leave, he runs into Natalie. Brody’s asked to see Natalie. He tells her he still loves her but knows they can never be together after everything he did to her and her son. He hopes she finds some happiness with John.

Vimal and Rama are called to the police station. Vimal’s terrified that there will be reprisal for having kept Liam’s paternity a secret from John. But John instead is probing for more info about the Sun fire. Todd shows up to check on Blair but finds Jack instead. They get into it about Tomas being Victor’s killer. When Todd mentions the fire, Jack says something that tweaks Todd. Later on, while waiting to talk to John at the police station, Todd’s surprised when his Sun assistant shows up. Something she says tweaks Todd’s suspicions about the fire.

Shane reveals to Natalie that he won’t be happy until Jack is brought to justice for his part in Gigi’s death. When Shane goes to school, he meets Neela. She tells him she’s into Jack Manning. He shocks her by telling him Jack killed his mother. In Brazil, Rex awakens with a start, having had a nightmare about Gigi. In Brazil, Stacy wakes up gasping for air. Cutter comforts her. She points out that he’s not such a bad guy. Now that he’s no longer trying to sell her to Rex, he’s actually proven himself to be caring and sweet. They share a close moment.