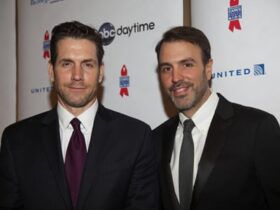 (SoapOperaNetwork.com) — Unlike the network, which appears to be going out of its way not to promote “One Life to Live” in its final months of its television run, one ABC affiliate is making the canceled soap one its “Top TV Picks of the Week.”

Watertown, New York’s ABC50 (WWTI-TV), lists “OLTL” fifth on a list of seven shows not to miss for the week of November 14. “Since 1968, ‘One Life to Live’ has been an American soap opera staple. ‘One Life to Live’ will air its final ABC episode in January of 2012 and will be succeeded by a new health show ‘The Revolution.’ Tune in on Friday [November 18], and follow the Lord family for the rest of the year to see how it ends,” reads a statement on the station’s website. Click here to see what other shows made the list.

“One Life to Live” will tape its final ABC episode, which will in January, on Friday, November 18, before transitioning to online distribution with Prospect Park.