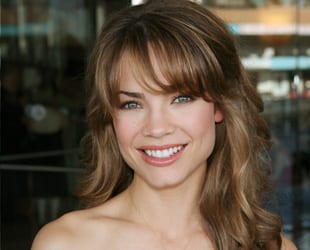 We almost get a full glimpse of Elizabeth’s mystery man.

Luke pays a visit to his grandson. Meanwhile, Lucky awakes from a dream and gets a message. Lucky calls home with an emergency – and Luke picks up the phone.

Sam tries to avoid telling Spinelli what haunts her. Meanwhile, Jason comes unhinged with Sonny about Franco, and we see Jason is haunted, too.