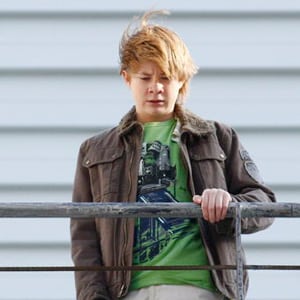 Gigi and Rex talk Shane down from the roof and Rex confronts the high school assistant principal about letting Shane be bullied in school. Starr tells Blair and Jack that everyone at school has seen the video of naked Shane.

Clint tells Natalie that he was released because someone else killed Eddie Ford. Natalie tells Clint that John is sleeping with Kelly and Matthew confesses to Bo and Nora that he killed Eddie.

Viki tells Téa that Charlie cheated on her and he is now in love with Echo.