Jack wanted Noah to take up his offer to do the music for some of the Jabot cosmetics commercials that he had in mind. Noah, however, declined, obviously unsure on how his family would feel about his working with Jack and Jabot. When Noah left, Jill teased Jack a bit at being rejected. Jill received a text message from Colin. Jack pointed out to Jill that it was clear that Colin wanted to move forward, and wanted to move on with her. Jill, however, wasn’t sure but Jack pointed out that it was obvious that Colin was taking steps to end things with Genevieve to be with her.

Colin went to see Genevieve and gave her the divorce papers. He admitted that he caused her pain in their marriage and was sorry for it. When he was set to leave, Genevieve stopped him by letting him know that she confessed to Jill about their night together before he called her to call their marriage off. Colin was angry and told her he was no longer going to play into her games. After he left, Genevieve started crying.

Nick and Phyllis were at The Athletic Club together. He told her that Noah went to see Sharon. Phyllis, however, was still curious about Sharon’s new attorney. After Nick departed, Phyllis spotted Adam sitting at the bar and joined him. She started to question him on his thoughts on Sharon’s attorney. When Adam repeated her entire name, Avery Bailey Clark, he noticed that she became slightly spooked. He wanted to know why she was suddenly interested in the newcomer. Phyllis lied and said she was doing some research on a story. When Adam said he believed that Avery was way out of her league, Phyllis said she would use his statement as a quote. Adam quickly pointed out that he believed she wasn’t doing a story but wanted more on Avery. He wondered what she was to Phyllis. Phyllis attempted to cover by saying she wasn’t interested in Avery, just merely asking questions. When she headed out to her office, she promptly searched Avery Bailey Clark on her laptop and was stunned to see who it was.

Nick saw Noah at Crimson Lights and was curious how his visit with Sharon went. He admitted that things went well between them. When he shared that Sharon wanted Nick to bring Faith to see her, Nick said it wasn’t a good idea at all. Noah accused Nick of being spiteful and unwilling to forgive Sharon for her choosing Adam over him. Although Nick didn’t outright deny it, he told Noah he wanted stability for Faith and her seeing Sharon in jail would only confuse the little girl. Noah told his father that when Phyllis and Victor wronged him, he was willing to forgive and move forward; so why not for Sharon. Noah went on to hit Nick with the truth about how they were forgiving of him when he walked out on them shortly after Cassie died. Walking away from his father, Noah went to the patio area of Crimson Lights and left a message for Jack: he was going to take the Jabot job after all, regardless of what his family thought.

Avery went to see Sharon in jail, giving her the news that she got her a new trial. Sharon was speechless and appreciative. Avery said that she had a lot of work to do to prepare against D.A. Walsh, who she pointed out thought she to be unprepared. The trial would take place the following week. Avery wanted to know in detail why Sharon went to Hawaii. Sharon shared she went to Hawaii to clear Adam’s name by finding Skye. After writing down everything, Avery told Sharon to maintain her positivity because she was going forward in trying to locate Koa As they were talking, Nick arrived. Avery gathered her things and headed out, leaving them alone.

Jack went to see Genevieve. He wanted to see how she was doing, after hearing about her divorcing Colin. She figured that Jill shared the news with her. Jack wanted to be there to keep her company and cheer her up, but Genevieve said that she was more into celebrating her freedom instead. Jack said that Colin was foolish to let her out of his life. Genevieve admitted that she hadn’t made friends since being there. He offered her friendship and leaned in to kiss her. When things became heated between them, Jack wanted to go upstairs to have sex with her. Genevieve was willing but soon hesitated. She admitted that Colin was the only man that she had ever been with and she was nervous. Jack spotted the picture of Samantha on the mantle and Genevieve talked a bit about her. Jack was set to depart but Genevieve stopped him; she was ready. The two headed upstairs to have sex.

Colin arrived after calling Jill. When he arrive, he admitted to sleeping with Genevieve prior to asking her for a divorce. Jill told him that she was already aware of what happened between the two of them. She accused him of only telling her to cover himself. He apologized for his actions and told her that he still was very much in love with her. Jill, however, wasn’t interested in playing games with him. Colin once again told her that his marriage was over and that all he wanted was her.

Nick told Sharon that Noah convinced him to come see her. She was curious as to why he was there now; after all, the last time they spoke, he wished she would have stayed dead. Nick apologized for what he said to her but wanted to know why she wanted them all to believe she died. Sharon shared with her ex that she felt that everything was hopeless for her. After a few more minutes of talking, Nick suddenly stood up and walked out. He soon returned with Faith in tow. Sharon was overcome with joy at seeing her daughter.

At that Athletic Club, Avery cornered Adam, telling him to get ready; Sharon’s new trial was slated for next week. When she said that she was calling him to testify, Adam asked her why she didn’t jump at an offer to represent him. Avery pointed out she only take on those who are innocent. As Adam walked up the stairs to head to his suite, Phyllis appeared behind Avery. She wanted to know why she was in Genoa City. 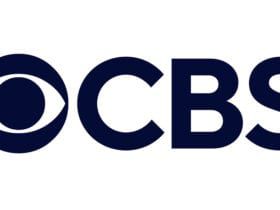