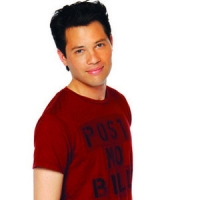 (SoapOperaNetwork.com) — As we first reported last month, Jason Tam (Markko Rivera) left fans wondering if he might be returning to “One Life to Live” before the show wraps production in the fall following a response he made to a fan recently on his Twitter page. Now, the latest issue of ABC Soaps in Depth is reporting that the actor is indeed on his way back to Llanview.

On June 1, Tam was asked by a fan if there “Is any chance that Markko and Langston will make a return to Llanview BEFORE ‘OLTL’ ends?!?,” to which the actor tweeted “You bet!” However, don’t expect Brittany Underwood (Langston Wilde) to be accompanying her former beau back to Llanview. According to Soap Opera Digest, Underwood was unable to return alongside Tam because of scheduling conflicts.

Markko’s return will coincide with the premiere of David’s movie “Vicker Man” later this month. However a first airdate for Tam, who played Markko from 2007-2010 (and again briefly in April of this year) has not been announced, nor is it known how many episodes he will be sticking around for.