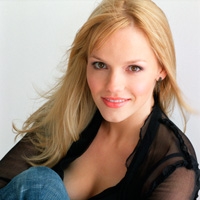 (SoapOperaNetwork.com) — On Tuesday, ABC Daytime announced that Justin Bruening and Alexa Havins will be making a return to “All My Children” before shop closes on ABC Daytime. The duo who played Jamie Martin and Babe Carey on the ABC soap from the Fall of 2003 to the Fall of 2007 will return for a handful of episodes scheduled to air in September. Bruening and Havins met on the cast of the ABC soap in 2003 and were officially married on June 5, 2005. The couple welcomed daughter Lexington Grace into the fold on August 9, 2010.

Bruening first aired on “AMC” in the role of the son of Tad Martin (Michael E. Knight) and Brooke English (Julia Barr), Jamie, in September of 2003. He remained with the show until August 2007. The former model has jumped into the prime-time television pool somewhat successfully since his departure from daytime television. The hunk landed the leading role on the NBC reboot of the “Knight Rider” series after a television movie reboot, also starring Bruening, of the series landed good ratings. The series aired in the 2008-2009 season before being cancelled. Recently, Bruening was set to star as the male lead in a “Wonder Woman” television series reboot for the same network. The series was dropped from contention for a time-slot in the 2011-2012 fall line-up due to excessively high production cost. The actor has guest starred on multiple prime-time series’ including ABC’s “Castle” and and CBS’ “CSI: Miami.”

Havins, of course, played the controversial but popular Babe Carey Chandler on “AMC” from October 13, 2003 to October 8, 2007. The role of David Hayward (Vincent Irizarry) and Krystal Carey’s (Bobbie Eakes) daughter and the love of JR Chandler’s (Jacob Young) life was immediately recast. Havins was replaced by Amanda Baker no later than on October 8, 2007. Babe died after being crushed in the wreckage of a tornado protecting her son, AJ Chandler, the following year. Or did she? With her father’s project encompassing the entire canvas at the moment, one can’t rule out Babe miraculously returning in the flesh due to his machinations quite yet. Havins earned a Daytime Emmy Award nomination for her work on “AMC” in 2005. The 30-year-old actress recently landed a series regular role on STARZ series “Torchwood: Miracle Day.” Before landing the role, she had guest-starred on several prime-time series including FX’s “Rescue Me” and ABC’s “Grey’s Anatomy.”

Soap Opera Network will continue to keep viewers and readers updated as we get more information on both the specific dates and length of returns for all of the returning actors. Bruening and Havins comebacks brings the total amount of actors confirmed to return to “AMC” since the news of cancellation this past April to fifteen. Only Cady McClain and Thorsten Kaye are scheduled for returns that extend to more than a handful or two of episodes.

“AMC” concludes airing on ABC on Friday, September 23. Prospect Park has licensed both “AMC” and “One Life to Live” from ABC and is rumored to be prepared to have new episodes of “AMC” set to go by Monday, September 26. Fans are skeptical of that as numerous actors from the 41-year-old daytime drama have confirmed that they have yet to be contacted by the production company to discuss any potential negotiations. All “AMC” actors will be released from their contracts with ABC on August 31, 2011, the last day of filming.