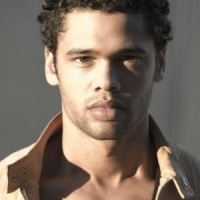 Dressed as a superhero, the man with Todd’s original face infiltrates Sam’s birthday party, covertly interacting with Todd, Blair, Téa and their children as well as Tomas and Baz. Sam’s family plans to surprise him with a cake, but they discover Sam gone.

Meanwhile, the man with Todd’s original face ushers Sam into a motel room, where Sam discovers the super hero is the line-faced man everyone else presumes to be his imaginary friend. Natalie delivers to John the results of the fingerprint analysis done on the dead body found by Dorian’s pool. The results yield an encrypted file, similar to the one the CIA had on Tomas as well as the one found in Todd’s possession. John puts together that all three men have some connection to pre-reconstructed Todd Manning.

David forces Viki to make good on her promise to find out who’s been trying to destroy his relationship with Dorian. Viki realizes the perpetrator may be after Dorian, not David, and quickly comes up with Echo’s name.

Meanwhile, unable to resist the temptation to gloat about Dorian’s failing relationship with David, tipsy Echo visits Dorian and overplays her hand, leading Dorian to come to the same conclusion that Echo has been setting up David. Viki agrees to join David while he tells Dorian about the Echo theory, but when they show up at the pool, they find evidence that Dorian was there, but no Dorian.