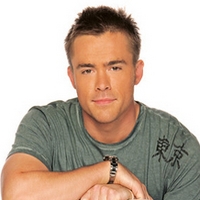 Starr has a bad reaction to Baz’s kiss on Tuesday, July 26. James warns Ford about bonding with Jessica. Vimal decides if he will keep Brody’s secret about Liam. Natalie and Brody make a decision about their future. Viki notices the Ford and Jessica are getting closer. Rex orders Clint to tell Dorian to back off. Clint observes the change in Rex’s personality. David tells Dorian about that Echo will go free. Viki remains at Clint’s side. Elsewhere in Llanview, Vivian asks Destiny if she is pregnant. Roxy gives Rama a job on Wednesday, July 27. Later she covers in front of her mother-in-law, and feels guilty for the trouble she has caused Vimal. Cristian has an idea on Rama can get pregnant, but it’s not what you think. However, by Friday, July 29, a series of mishaps forces Rama and Vimal to make a confession.

The Inside Story: Make Yourself at Home
Dorian walks in on Todd talking with Agent Baker on Monday, July 25. The man with the scar seeks John’s help. Baker learns the man he shot is still alive. Tomas makes an admission to Téa. Baz and Starr talk about their fathers. Dani tells Nate she’s sorry. Rick has something for Nate. John and the man with Todd’s old face are shot at. Later, he overhears Téa talking to John. By Wednesday, July 27, John takes a sample of his house guest’s DNA. Roxy comes close to making a frightening discovery. The man with the scar answers John’s phone. Todd reassures Téa, and the two begin to make amends. Todd steals a sample of Todd’s DNA. Tomas confides in Blair, who agrees to accompany him to see “Vicker Man.” John throws Todd off his trail on Thursday, July 28. Jack is certain that John is trying to link him to Gigi’s death. Pretending to be John, the man with the scar talks to Tomas, which Baz overhears. Téa and Dani bring the conversation to an abrupt halt. Todd talks Jack into going with him to David’s movie premiere. And Rex fumes with anger while watching Blair and Téa.

A Closer Look: X-Rated
Nate is horrified to find Rick lurking around at the movie premiere on Thursday, July 28. Markko catches up with Starr and gloats to Ford about his success. Rick makes Nate squirm in front of Ford. Tomas recognizes something that Blair is wearing. Rex is worried about Shane. Dorian scuffles with Ionia while she and David are being interviewed by Blanca Morales. The Mannings arrive on the red carpet, and are secretly watched by both Rex and the man with the scar. John has a few questions for Tomas. Rex makes a potentially fateful decision and takes aim at Todd’s family. On Friday, July 29, Baker and the man with Todd’s old face have a confrontation. Tomas tells John what he knows. Meanwhile, thanks to Rick, everyone in Llanview sees a completely new side of Nate. Dani is left shell-shocked. The man with the scar escapes. David, Dorian, and Markko deal with Rick. And Tomas has something to say to Todd’s family.