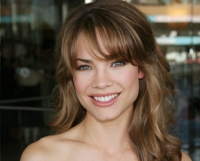 Angry with her near death in surgery, Siobhan turns protective over Lucky and accuses Elizabeth of more nefarious reasons for the accident. Elizabeth overhears as Lucky takes responsibility for what happened to Siobhan and avows he loves Siobhan.

Brenda reveals the recent attack on her and Alec during Carly and Jax’s custody hearing. Later, Sonny takes the stand just as Carly stops the proceedings – appealing to the judge for joint custody. The judge makes a decision, Sonny discovers Jax paid off the court appointed mediator, and he blackmails her.

Robin easily takes over the responsibilities of chief of staff, as Patrick adjusts to his wife bossing him around at work.