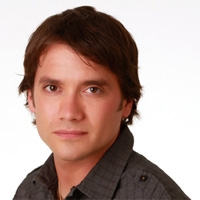 (SoapOperaNetwork.com) — A look at what’s happening on “General Hospital” during the week of July 11, 2011.

At General Hospital, Patrick tries to adjust to life with his strict new boss, Robin. Siobhan questions if Elizabeth was trying to get rid of the competition on Monday, July 11. Lucky makes a loving plea to Siobhan. The tension between Elizabeth & Siobhan remains thick despite Lucky’s best efforts. Spinelli informs a concerned Maxie he’s not just happy to see her, he’s packing a gun to confronts his nemesis, Anthony. Maxie leads Jason down a surprising path on Wednesday, July 13. Asher tries to stir the pot at ELQ. Ethan’s strategic change to put distance between himself and Kristina only enhances her interest in remaining close to him on Friday, July 15.

The Inside Story: The Last Straw?
Sonny does his best to counter Brenda’s testimony in court. He appeals to the judge to rule for joint custody. The judge hands down a ruling. Sonny learns the court-appointed mediator is in Jax’s pocket. He blackmails the mediator to do quite a bit more than turn on Jax. On Thursday, July 14, Alexis reaches out to Carly and gives her some advice. As Jax plays right into Sonny’s hands; the mobster and an oblivious Brenda reconcile. Jax is arrested. Brenda is horrified when she realizes Sonny framed Jax for the assault and drugs. Carly barely has a moment to react to the news before receiving a ransom note for Josslyn supposedly from Anthony. Molly & Morgan hope their set up will lead Cary & Jax to stop fighting and reconcile over their daughter.

A Closer Look: Playing with Fire
Javier’s attention is drawn when Dante eagerly jumps in to get Lulu away from an overeager patron. Lupe sees Dante’s badge. She warns Lulu that Dante is a cop. Lulu come clean. Dante and Lulu mull over their next move unaware them a dangerous Javier is listening to their conversation. Javier kills Lupe for deceiving her about Dante and Lulu. After taking care of Dante on Friday, July 15, Javier pays Lulu a personal visit.

‘What Are You Talking About?’ Vanessa Marcil Giovinazzo’s Last ‘Hospital’ Visit Set ‘Sometimes They Come Back’ Becomes Reality on ‘General Hospital,’ Plus the Plan to Cut Costs General Hospital: July PreVUE