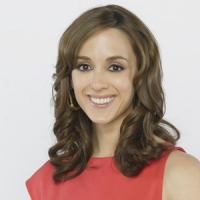 Bianca is shocked to hear Erica spent the night with David and is tired of her mother doing things to push Jackson away. Kendall tells Ryan that Bianca’s frustration has nothing to do with Erica. JR reveals to Marissa that Bianca is the one who’s been helping him all along. Scott tells JR that he is restoring the guest house so he can move in. He wants to be close to his family similar to how Adam and Stuart lived there together. Scott tells Marissa he thinks taking JR back would be a mistake. Marissa runs into Bianca at Krystal’s and learns the music box was Bianca’s idea. She wants to know why Bianca helped JR win her back and Bianca admits she did it because she couldn’t. Bianca thinks that for the sake of their friendship they should stay clear of each other for a while.

Tad tells Cara he wants more than gratitude from his relationship with Cara. He says he tried to fight it but he’s started to feel more for her and thinks things changed once she kissed him and started planning dates. Cara asks who said she didn’t want more. Tad asks if she has feelings for him or if her gratitude is forcing her to try and feel something for him. Ryan and Kendall interrupt Tad and Cara with news about Griffin. Tad says he married Cara to keep her safe and it was a marriage in name only and that’s what it has to get back to.

Ryan explains to Kendall that he looked into the manifest because he thought Griffin could help him figure out David’s plan and that’s when he learned Griffin never got on the plane. Ryan wonders if all this has something to do with David. Ryan brings Kendall to her appointment with Griffin’s replacement and as she starts to remember moments with him she begins having heart palpitations. Kendall follows the nurse down the hall and freezes when she sees Griffin.

Mookie gets a job helping Scott and tells Maya that he’s staying in PV. He admits he did it to be closer to her. Mookie sneaks up behind Maya and she flinches. Colby tells Frankie that Asher had to take more pain pills after hitting Mookie. Frankie is familiar with pain pill addiction and reminds Asher he can’t take more than prescribed. Asher’s mad at Colby for making it sound like he can’t control himself but back at the mansion he sneaks the bottle out of her purse and pops two pills.