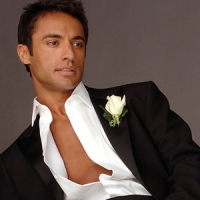 (SoapOperaNetwork.com) — Despite the fact that Cristian Vega (David Fumero) will be leaving Llanview before the show airs its final episode on ABC, fans shouldn’t expect a visit from his big brother Antonio (Kamar de los Reyes) to help usher him out of town.

According to ABC Soaps in Depth, rumors of the actor “making a final appearance are not true.” On a related note, de los Reyes recently hung out with his former co-star, tweeting on June 25 that he was “Chillin’ with Fumero while he eats granola and yogurt and drinks Cuban coffee.”

He is married to “One Life” alum Sherri Saum (ex-Keri).